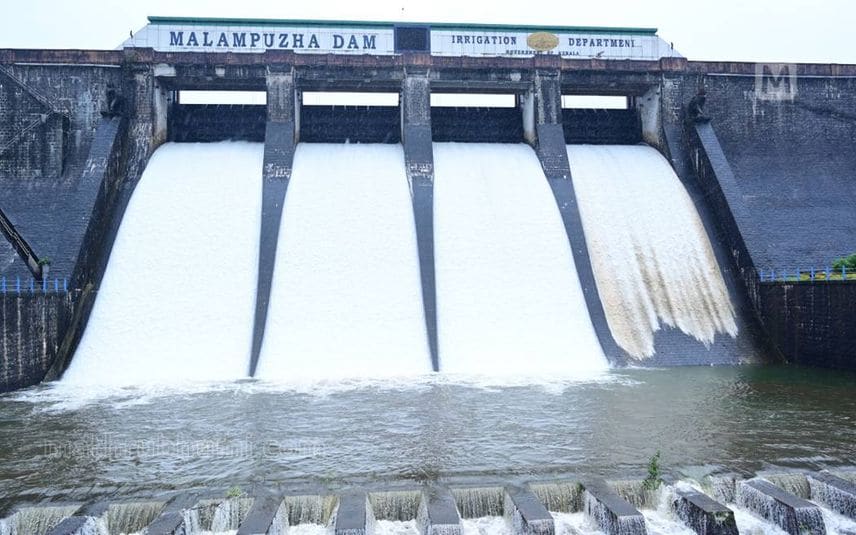 Thrissur: As heavy rains continue to batter the state, four shutters of the Malampuzha dam were opened here on Friday. All four shutters were raised by 5 cm.

As per the rule curve, the capacity of the dam is 112.99 meters. Though the situation is not alarming at present, the shutters were opened in view of the heavy rains. A warning has been issued on the banks of the Mukkaipuzha, Kalpathipuzha, and Bharathapuzha rivers.

6 shutters of Mullaperiyar dam opened; warning issued for residents in ...