The Public Works Department has been directed to suspend its two officers, an assistant engineer and an overseer, for the lapse in their duty. 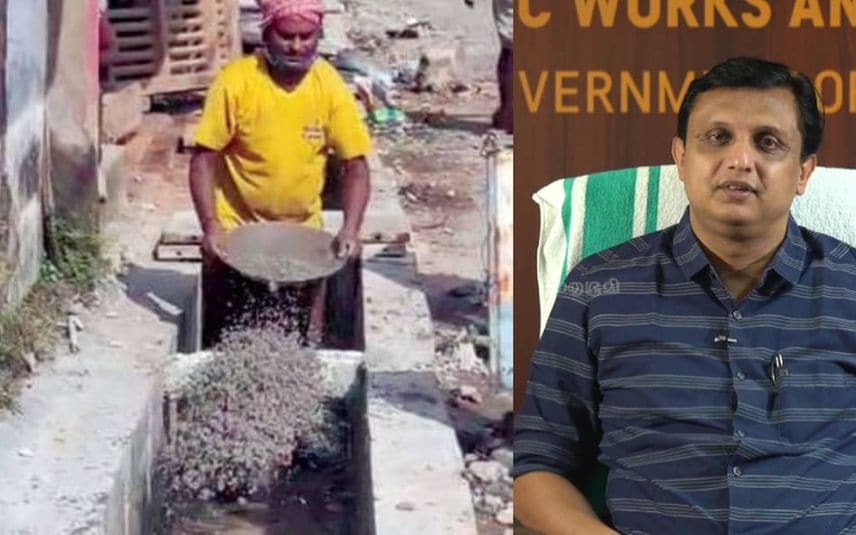 Kochi: The Public Works Department has been directed to suspend its two officers, an assistant engineer and an overseer, for the lapse in their duty, informed officials at the office of the Minister for Public Works, P A Mohammed Riyas.

They failed to efficiently supervise the drainage construction work at Fort Kochi. In a video surfaced on the social media, workers were seen throwing the cement mix into a waterlogged area.

Apart from the action against officials, a direction has also been given to blacklist the contractor.

In the video that went viral on social media, the base of drainage was seen repaired by throwing cement mix to the waterlogged areas. Natives shot the work. Slabs were placed the next day itself.

Earlier, several contractors were fined by the department for the delay in the works.