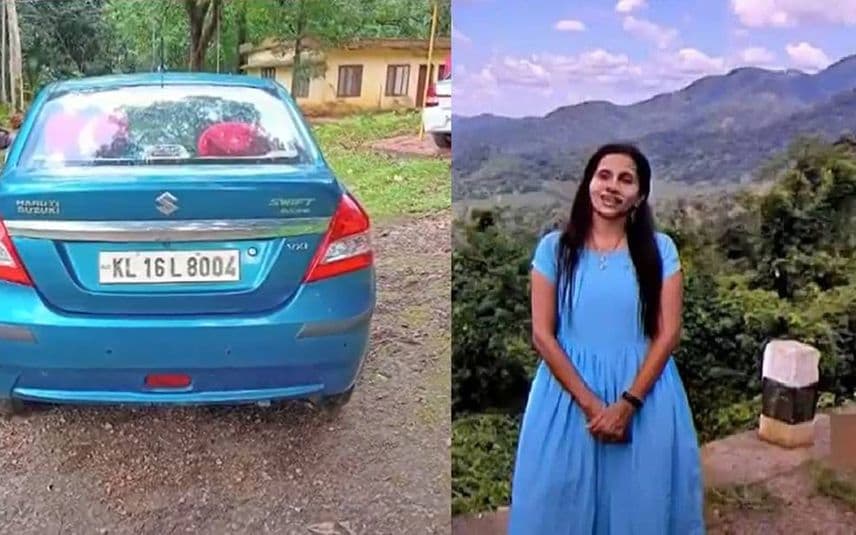 Kollam: Kerala Forest Department seized the vehicle of Amala Anu, the vlogger who illegally trespassed and shot videos of wild elephants inside the Mampazhathara reserve forest, under the Punalur forest division.

The vlogger, who filed an anticipatory bail plea in the high court, is still absconding and fled from a hide-out minutes before the forest officials conducted a search at Kilimanoor. The car was seized by a team led by the Pathanapuram Range Officer.

By tracking her phone, it came to light that she visited a friend's house in Thiruvilwamala after leaving Kilimanoor. However, she left this place after learning that police had tracked her.

Meanwhile, she also submitted the anticipatory bail plea in court. However, the forest department filed an affidavit before the court explaining the severity of the crime committed.

She faces charges under The Indian Forest Act, 1927 and The Wildlife (Protection) Act, 1972. Further, a total of seven cases are registered, of which many are non-bailable offences.

She visited the reserve forest eight months ago and filmed wildlife using a heli-cam. During the shoot, the heli-cam scared an elephant in the area. She also posted visuals of an elephant charging towards her on her YouTube channel.