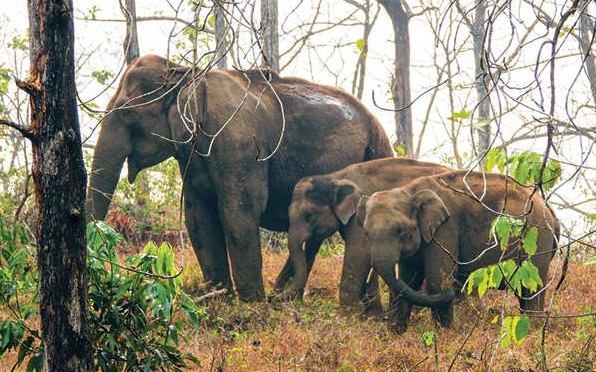 Athirappilly: The locals and forest officials of the Anakkayam forest range suspect that the two elephant calves found with an elephant here might be twins. The three-member elephant family are being spotted at many sites here. The calves are only a year old.

The incident of an elephant giving birth to twins is very rare. By observing the photos and videos captured by the forest officials, it could be inferred that the calves are twins, said the veterinary doctor of the Department of Forest. The probability of the calves being twins is even high as there were no other elephant herds spotted near this group.

Years back an elephant had given birth to twin calves at Mudumalai wildlife sanctuary in Tamil Nadu.

However, if the biological mother of an offspring died, another female elephant will take care of the baby calf, which is called allomothering. Hence, the experts informed that whether the calves found in Anakkayam are twins or not can be confirmed only after surveilling the elephant herd for at least a month.

The elephants grazing in the forest were first spotted and a photo captured by Jilesh Chandran, who is the district rural special branch officer and photographer, while heading to Malakkappara.