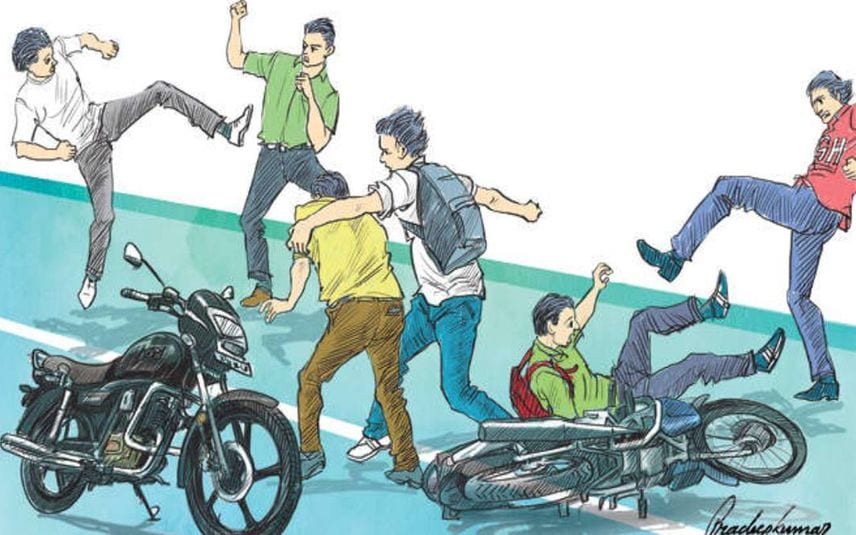 Idukki: A group of Alumni members in Mundiyeruma School triggered a street fight injuring at least 10 and evoking police intervention. According to reports, the gang who passed out from the school attacked some students on the school campus following a row over a football match.

Four of the students were badly injured and are undergoing treatment at a private hospital. While police have taken two into custody over the fight.

The incident happened on Monday around 4:30 PM. The row and conflict over the football match held at Thookupalam here on Sunday reportedly escalated to a street fight.

The witnesses reported that the gang of pass-out batch reached the school and attacked the students there. A Home Guard who functions as an auxiliary to the police was also attacked by the angry youth when he intervened in the issue.

Following this, Nedumkandam police rushed to the spot and dispersed the groups. Those injured were taken to hospital. However, the pass-out students came in and made the scene conflict-prone again. The locals caught them and handed them over to the police. Police took two adults into custody over the incident.

The school principal has lodged a complaint with the police over the incident. The police have deployed a team for surveillance at the school and hospital premises.