Joyce George was the Idukki Lok Sabha member of the Left in 2014, but lost to Congress' Dean Kuriakose in the 2019 Lok Sabha polls. 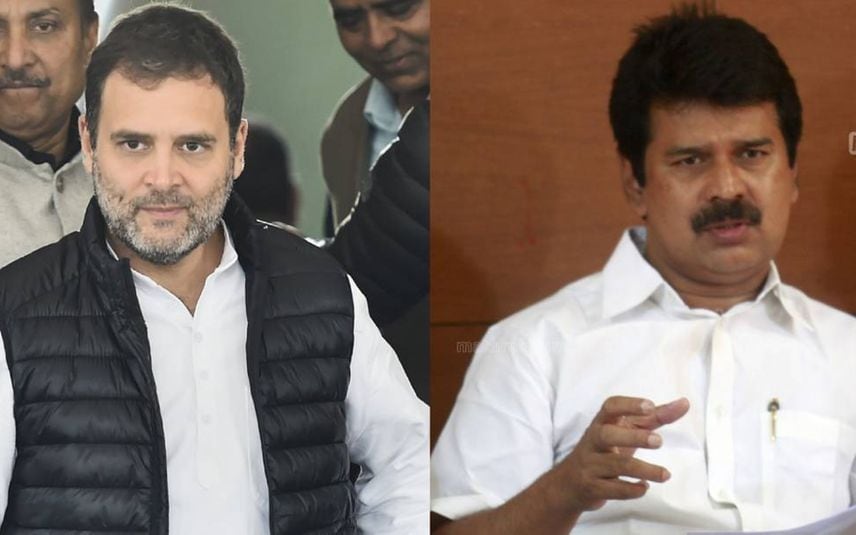 Joyce George had said that 'women in Kerala should be wary of Rahul Gandhi'. He made this controversial remark while campaigning for state Power Minister M.M. Mani at Erettayar in Idukki district on Monday.

Joyce George was the Idukki Lok Sabha member of the Left in 2014, but lost to Congress' Dean Kuriakose in the 2019 Lok Sabha polls.

In his speech, George said 'Rahul Gandhi is a bachelor and he goes only to interact with girls at the college campus. Rahul Gandhi is a problem maker and, hence women should be wary of him,' said George, while Mani was sitting on the dais.

From early Tuesday morning there was a huge public outrage, especially from the Congress leaders, who demanded that George should be arrested and both the CPI-M and the CPI condemn the act of George. Chief Minister Pinarayi Vijayan, however without naming any or condemning the incident, just said, "it should not happen".

Following these outbursts, George in a political rally in his home district, Idukki and in the presence of CPI-M politburo member Brinda Karat said that he wished to withdraw his statement and would like to render an unconditional apology for his statement that was made.

Earlier, reacting sharply to these remarks, Dean Kuriakose said they treated these statements with disdain and would approach the appropriate authorities.

Idukki district Congress committee president Ibrahimkutty Kallar said this showed the way George has been groomed and what he actually is. "We will be approaching the Election Commission and also organise a protest in Idukki, later in the day," said Kallar.