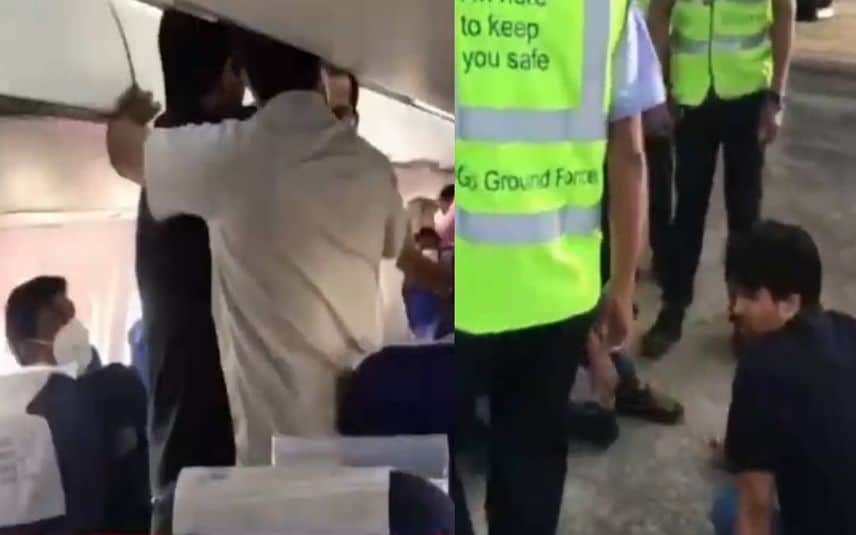 Visuals of the incident that took place inside the flight | Photo: Mathrubhumi News Screengrab

The accused told the court they were arrested solely based on a statement from CM's personal assistant. However, the police appealed to the court to dismiss their bail plea and requested their custody. The probe team also failed to produce the visuals of the incident as the CCTV camera inside the plane was not functioning.

The accused were taken into custody on June 13, following a protest against Chief Minister Pinarayi Vijayan inside a flight from Kannur to Thiruvananthapuram. Following this, EP Jayarajan, LDF convener, shoved the protestors. Later, Valiyathura police nabbed the accused. They were also charged with various offences, including IPC section 307, an attempt to murder.