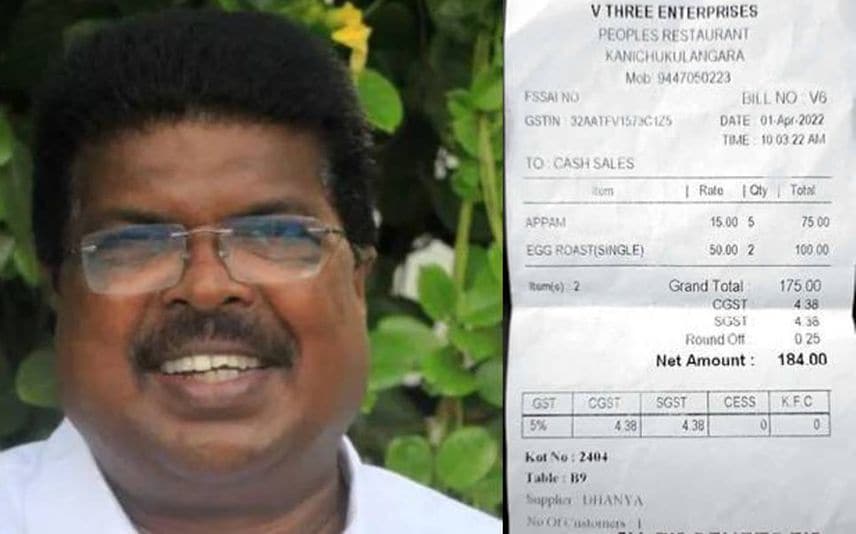 Alappuzha: Alappuzha MLA PP Chitharanjan has lodged a complaint with the district collector to intervene in the case of overcharging by restaurants in the wake of his personal experience.

On Friday morning, the MLA and his driver visited Peoples Restaurant to have food. They had five appams (a type of south Indian pancake) and two egg roasts (single egg). The bill amount totalled Rs 184. Rate of appam was Rs 15, while Rs 50 was charged for a plate of egg roast.

Irked over this, the MLA took up the matter with district collector and media along with the bill. He said that at a time when an egg is available for Rs 5, fleecing customers is unfair.

Meanwhile, the restaurant administration affirmed that the hotel charges normal rates only. According to the administration, since five years the rates have not been increased. They pointed out that this hotel with centralised air conditioning has a rent of Rs 1.70 lakhs and another Rs 1 lakh will have to be spent for settling electricity charge.