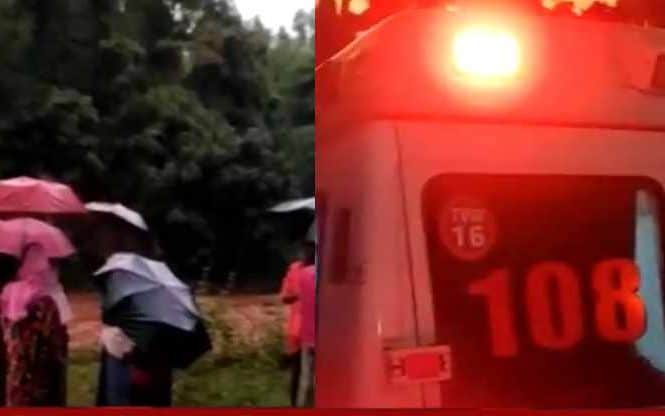 Thiruvananthapuram: The body of the child who went missing in the flash floods at Mankayam waterfalls here was recovered. The deceased is identified as Ayra (6). Though she was rushed to the hospital, doctors confirmed her death.

The search is continuing for the child's mother.

The woman and her six-year-old daughter went missing after they got swept away in the flash floods at Mankayam waterfalls in Palode here on Sunday.
Eight people were rescued from the turbulent waters.

Among the ten tourists, eight were rescued in the joint operation of the locals and the Fire Force. They were rushed to the hospital.

Meanwhile, the rescue team has intensified their search for the missing woman and her child.

It is learnt that the tourists are Nedumangad natives.