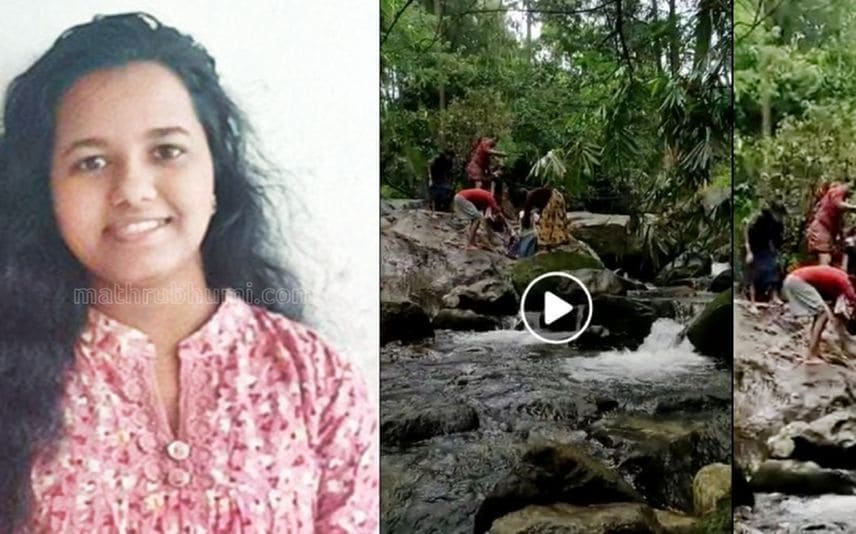 Deceased Arsha-Moments before the flash flood

Karuvarakundu: The happy moments of a Alappuzha family who visited a relative’s place in Malappuram did not last long as one of the family members drowned in a flash flood at Kalkundu on Monday.

The deceased was identified as Arsha (24), daughter of Chandiroor couple Susheela and Surendran. Arsha was with her family to spent time at a mountain spring near a resort here. The tragedy happened around 5:30 PM when Arsha was taking bath in the spring along with others. The weather was favourable. The currents were shallow. However, flash flood occurred all of a sudden.

All, including children, who were in the spring lost control in the strong currents. They were washed away but all except Arsha managed to cut through. She went missing and was found around 1km away from the stream. She had injuries on her head and body due to the collision with stones and other objects along the stream. The locals rushed to the spot and took her to nearby private hospital but she succumbed.

The body was later shifted to Government Medical College Hospital, Manjeri. According to locals, the tourists from outside are often unware about the flash floods.

Fake job racket: Around 30 Malayalis feared to be held captive in Myanmar