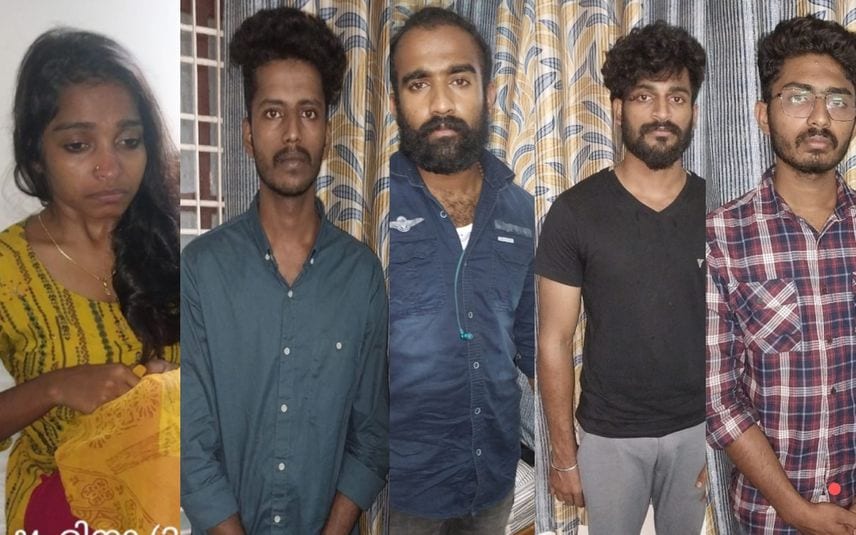 Pathanamthitta: Five people, including a woman, have been arrested for alleged possession of contraband worth Rs 15 lakh.

Police arrested all the five from a lodge near Pandalam junction in Pathanamthitta district on Saturday.

The arrest was made based on a tip-off received that the gang was engaged in sale of contrabands in the district.

MDAM weighing 154 grams and worth Rs 15 lakh and nine mobile phones, two luxury cars, a bike and pen drives were recovered from the accused. PTI