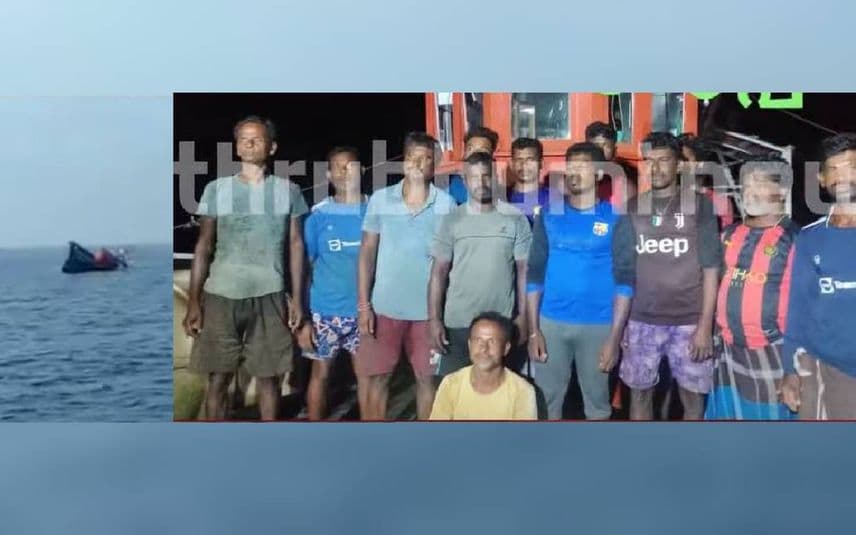 The fishermen who were rescued

Kannur: A boat with 13 fishermen on board capsized 67 nautical miles off Azheekal harbour here on Saturday, giving tense moments to many fisherfolk. However, a major tragedy was averted due to the timely intervention of individuals.

The fishermen, including eight from Tamil Nadu and five from Assam, started their journey on fishing boat Shija from Kochi's Munambam 20 days ago. The engine encountered issues and it was cleared at Azheekal. But during the journey, the boat capsized due to a hole beneath the boat, said the fishermen.

The fishermen came to know about this after the boat started shaking to one side. Ham radio operator promptly intimated the matter to police who initiated rescue operation. They reached the spot using another boat named Mother India within three hours. The officials rescued the fishermen who were found floating on the sea.