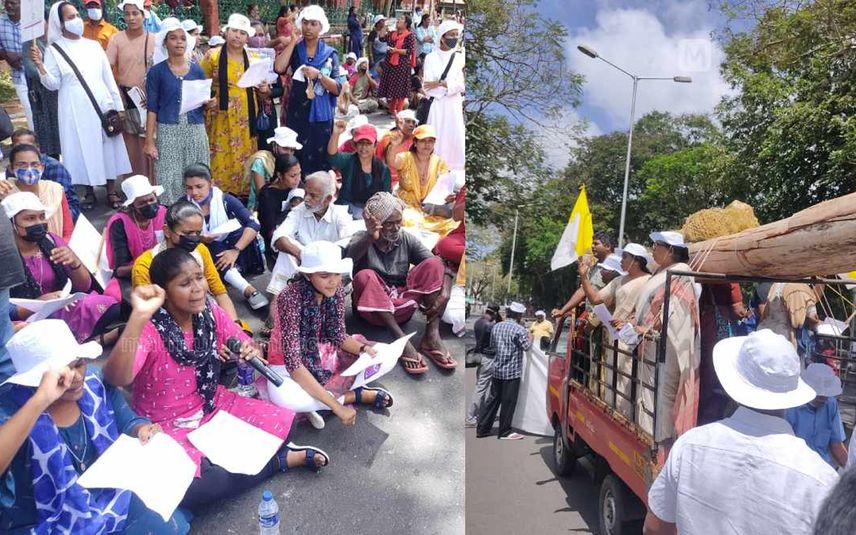 Thiruvananthapuram: Fisherfolk staged a protest march towards the secretariat here on Wednesday seeking immediate intervention from the authority to resolve their issues. Fishing boats were also brought for the protest. A huge number of men and women participated in the protest organised under Latin Archdiocese.

A tense situation followed after the police stopped the protesters from taking fishing boats to the protest venue. The fishing boats taken from Vizhinjam and Poonthura were seized. But the Police released the boats later.

The protest by the fisherfolk has shaken up Thiruvananthapuram city. The people hailing from the fishing community alleged that the unscientific construction of Vizhinjam port is causing coastal erosion. They also said that they will continue to strike until the government builds safe shelters for them.

The fisherfolk have been protesting in front of the secretariat over this matter for a few days now.