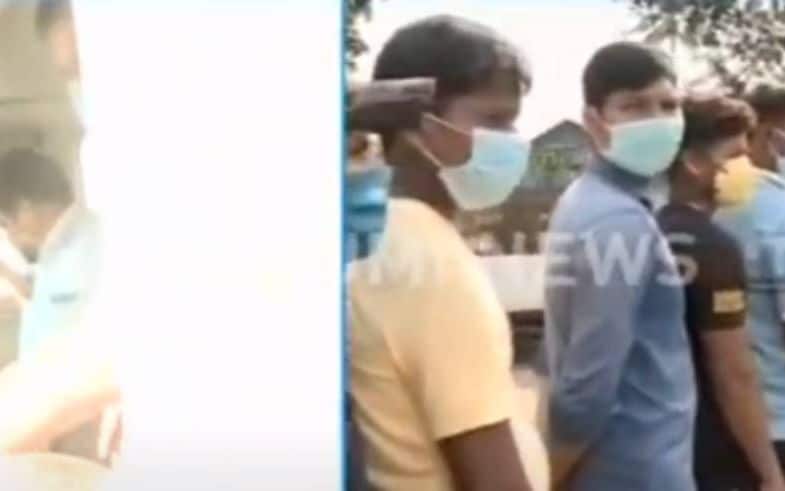 Kochi: With the Centre taking a considerate stand on operating non-stop trains to carry migrant labourers stuck in various states, which will help them return to their native states, registration process for it has been completed in Kerala. The first train from Aluva station to Bhubaneswar in Odisha will start shortly.

The health checkup of the labourers has been completed and all arrangements, including stocking up food and water in train, have been made. There are 24 coaches in the train. It will cover 1,836 km in 34 hours.

Meanwhile, Kochi range DIG SK Mahesh said that only those workers who have completed the registration and checkup by police and health workers in Perumbavoor need to reach Aluva station. Earlier many had assembled at the station without registering and were sent back.

“Only 1,600 workers can be send back in the first phase. Their registration processes has been completed. Inspections and checkup was done by the revenue, health and police officials in Perumbavoor,” DIG informed.

In Perumbavoor too, huge rush was experienced for registration. Police have decided to take the registered workers in KSRTC buses to Aluva railway station.

According to the State Labour Department, there are 20,826 camps across the state where 3,61,190 migrant labourers are presently residing. These camps are under the control of the respective district administration.

On Friday, the officials reached these camps and started taking details of all the labourers, which will then be sent to the Centre, so as arrangements are made by the Indian Railways to operate non-stop trains to various parts of the country.

The migrant labourers, presently in Kerala are mostly from Bengal, Assam, Odisha, Bihar and Uttar Pradesh.