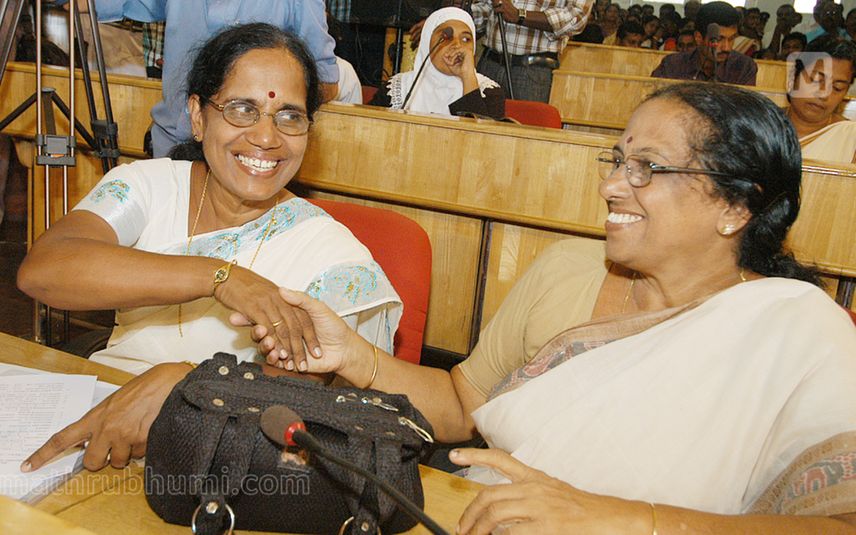 All three woman mayors were CPM candidates. J Chandra was the mayor during 2000-2005 period. Many projects like Gandhi Park, Thaikkad Santhikavadam and rehabilitation centre for destitute were initiated during this period. She has a major role in improving the financial status of the corporation.

Before becoming the mayor, Chandra was the chairman of tax appeal standing committee in the previous council. With this experience, she introduced the slab system in tax and cleared the financial issues and thereby helped the corporation.

The second woman mayor was K Chandrika in the 2010-2015 council. A lawyer, Chandrika was elected after retiring from KSEB. She faced one of the biggest challenges after the waste management factory in Vilappilsala was closed.

Though she managed the legal issues with her experience as lawyer and won the case in court, the plant could not be reopened due to public protest. However, Chandrika initiated measures to overcome the issue through decentralised waste management.

When Chandrika was the mayor, Chandra was also a member of the council. It was Chandra who nominated Chandrika to the mayor post. Chandra represented Kowdiar division and Chandrika won from Muttada. The 21-year-old newly elected mayor Arya is from Mudavanmugal.

LDF appointed the two woman mayors in the past considering their experience in official and administrative matters. They also accomplished the duties successfully. Last time, CPM had appointed young candidate V K Prasanth as mayor. Now Arya is selected as new mayor in order to ensure importance to youngsters.

It is for the first time in the history, a student is being appointed as mayor of Thiruvananthapuram. In her first election, Arya won with a majority of 549 votes. There are a total of 52 woman councillors this time along with Arya. Among them, 9 are aged below 30 years. The second youngest candidates after Arya are Gayathri Babu (23) from Vanchiyoor and Saranya S S (23) from Kannammoola.