Fire breaks out at commercial complex in Kozhikode 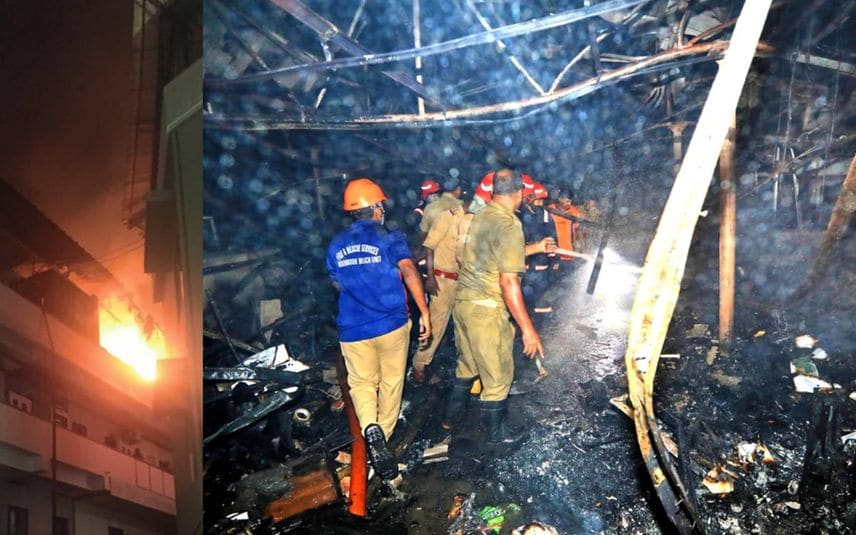 Kozhikode: Fire engulfed a commercial complex near Markaz mosque at Mavoor road here on Wednesday night. No casualties were reported.

One of the rooms occupied by the Ideal Association for Minority Education was completely gutted in the fire. It is learnt that fire erupted in the room that was used ti store books.

It was around 11 pm, two locals named Muhammad Sharon and Mubasheer Ali, noticed smoke coming out of the third floor of the building. Fire Force personnel rushed to the spot immediately after getting information from the duo.

They also informed that they heard a loud noise from the building and noticed window panes breaking in the fire.

Books and furniture in the room were completely gutted. The roof of the room which caught fire was made of sheet. Solar panels placed on the roof were also destroyed in the fire.

Natives also joined the fire force in the hour-long mission to douse the fire.

The fire force officials informed that the reason behind the fire accident can be ascertained only after a detailed investigation and examination on Thursday. The damages caused by the fire are yet to be determined.