Finance Minister made announcements govt has no authority to implement, alleges Muraleedharan 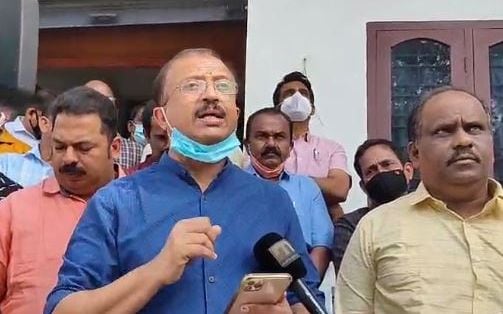 Kollam: The state government was trying to cheat the public by making many announcements and declarations with just two months for the upcoming assembly elections, said Union Minister V Muraleedharan.

Finance Minister Thomas Isaac has made many claims in the budget speech which the government has no authority to implement. They have decided to cheat people by making claims even though they have no much time left in power, he added.

“By presenting a one-year budget the government has challenged the democratic process. It is the right of the next government to decide how the money can be spent for next year. Finance Minister, with vested political interests, turned the Kerala Assembly to a venue to publish the CPM election manifesto,” he added.

The present Left government makes only announcements. Kerala is a state where the highest number of farmer suicides take place. In the 2019 – January 2020 period, 211 farmers and agricultural labourers have killed themselves. What was said in the budget about this? Muraleedharan further asked.

Isaac announced that the minimum support price will be hiked. He should explain what gain did farmers obtain from earlier hike announcements. Also, the national health policy is that 8 percent of the budget should be allocated for health sector. But in Kerala this was only 4 percent, he further alleged.