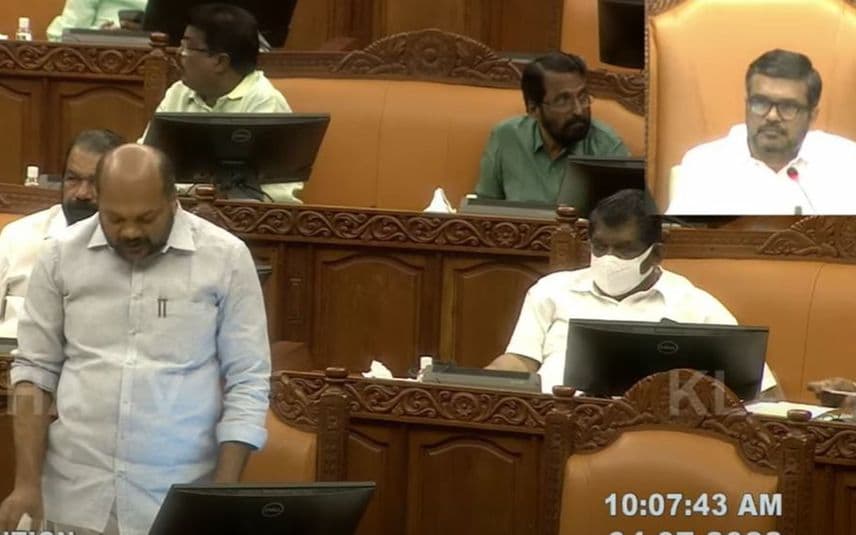 A visual from Kerala Assembly

Thiruvananthapuram: Kerala Legislative Assembly speaker MB Rajesh slammed MLA PP Chitharanjan citing irresponsible behaviour from the latter in the Assembly. By mentioning MLA’s name, the speaker said that it is careless to stay away from the serious discussions in the Assembly and to focus only on political controversies.

Speaker was irked when some of the members paced up and down the Assembly and chatted in groups while discussions were proceeding on the floor. Meanwhile, Chitharanjan MLA seated behind minister Rajeev was found standing and gazing backward when the minister was speaking in the Assembly. Agitated by this, the speaker stopped minister Rajeev and alerted Chitharanjan by calling his name.

Speaker said that it was unfortunate to repeat that the members have to heed to the discussions instead of showing feckless attitude. He also warned the members that it was a strict order.