"As Ponnani highway is included in the containment zone, vehicles should cross the zone within 30 minutes,” District Collector K Gopalakrishnan said. 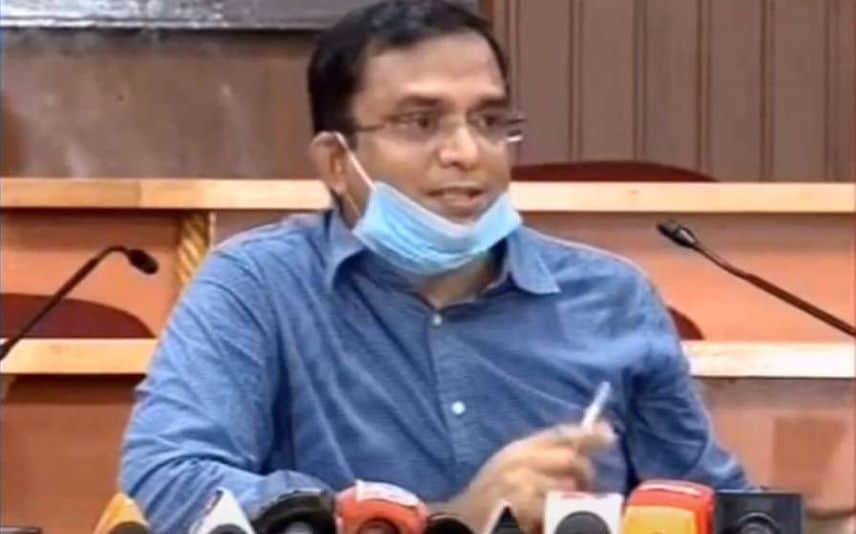 Malappuram: The district administration has decided to implement strict restrictions following the sharp increase in COVID-19 positive cases in Malappuram.

District Collector K Gopalakrishnan informed that a special squad will be formed to examine whether people are following the restrictions and preventive measures.

The Collector was speaking at a press meet held on Sunday in view of the possible community spread of COVID-19 in the district.

At present, 218 COVID-19 patients are under treatment in Malappuram. Among them, 169 are admitted at Manjeri Government Medical College while the others are housed at first-line treatment centres. People with symptoms of the disease are housed at these centres. 42 patients are admitted at Safa Kalikavu centre while the remaining 7 are under treatment at the centre which functions at the Science Institute Boys hostel, reported the Collector.

"The district was safe in the last few days. But as the number of patients increased sharply after 47 turned positive on Saturday," he added.

The Collector noted that 12 cases with unknown sources of transmission were reported in the district. Among them, the source of 8 cases have been identified while efforts are on to identify the sources of the remaining 4 patients.

The district authority will soon publish the route map of the 8 COVID-19 patients.

The district authority also recommended declaring 47 out of the 52 wards in Ponnani municipality as containment zones. Only 5 wards - 1, 2, 3, 50 and 51 - are exempted from the proposed list.

The Collector informed that the 7th ward in Pulpatta is likely to be declared as a containment zone. He pointed out that the restrictions imposed during the first phase of lockdown will be implemented in containment zones.

Malappuram district administration is planning to carry out COVID-19 test to identify community transmission. 1,000 samples will be collected from 6 panchayats and test results will be made available within two to three days.

"As Ponnani highway is included in the containment zone, vehicles should cross the zone within 30 minutes. Shops are allowed to open from 7 am to 1 pm. Shops selling essential items like medical stores will only be allowed to operate after 1 pm," the Collector said.

He also clarified that action has been taken to disinfect all public places in the district.

Places of worship in containment zones will also remain shut. Only 20 people will be allowed to attend ceremonies related to weddings and funerals.

The Collector appealed the public to immediately contact health workers if anyone develops symptoms of COVID-19.