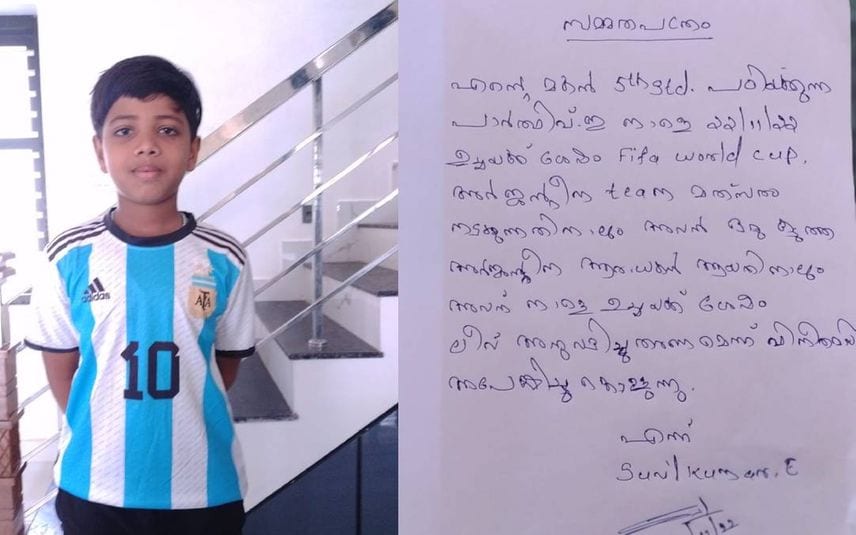 Kozhikode: An ardent Argentina fan's leave letter to school has gone viral on social media. Parthiv, a fifth-standard student has made his father write a leave letter for him to watch the FIFA World Cup match between Argentina and Saudi Arabia on Tuesday. A copy of the letter got widely circulated on social media and went viral within minutes.

Sunil Kumar, a native of Kozhikode wrote the letter requesting half day leave for his son Parthiv who studies at Govindapuram AUP School.

“He has been telling me for a week that there is a match on Tuesday and will not attend that day’s class. I asked him to tell the teacher about the same. The teacher told him that he can take leave on Tuesday if he brings a consent letter. He came to me last Friday and said he needs a leave letter. I suggested writing about any fake emergencies. But he insisted on writing about the match in the letter. That is how I wrote the letter,” Sunil Kumar told Mathrubhumi.com.

He added that Parthiv has decorated the house with small flags of Argentina and blue and white hangings.