The video of Devu dancing to the beat of Chendamelam during Nooranad Puthanvila temple festival had gone viral on the social media. 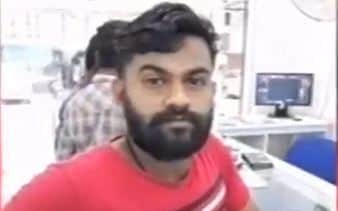 Thiruvananthapuram: Father of Devu aka Chandana, the 9-year-old girl who rose to fame after dancing to the beat of Chendamelam at temple festival, was found dead. Alappuzha Nooranad native B Chandrababu (38) was found dead on Wednesday morning.

Devu is presently under treatment at SAT Hospital here due to a critical brain disease. Chandrababu hanged himself from a tree near the nursing hostel behind the hospital. He was a painting worker.

Devu was shifted to SAT from Adoor general hospital after her condition worsened a week ago. Chandrababu and wife Rajitha were with Devu at the hospital.

Devu is a student of Nooranad CBM HS School. The video of Devu dancing to the beat of Chendamelam during Nooranad Puthanvila temple festival had gone viral on the social media. Later, she also participated in a comedy show in a channel in May 2019.

The family was unable to bear the expenses of treatment due to financial difficulties. After this was reported by the media, many people had come forward to help them.