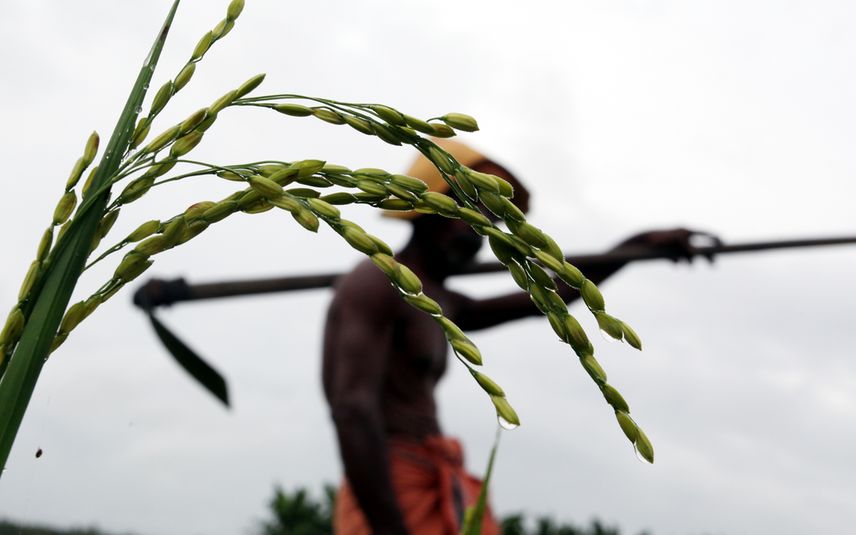 The farmers in the state are in constant struggle with the changing climatic conditions and the agencies who control market prices here. The farmers are already in distress due to the crop loss caused by the unexpected summer rains. Along with this, the mill owners and agencies refrain from buying the crops for the actual price. Instead, they fix a price considering the moisture of paddy grains and their quality. The compensation of the government for crop loss is too meagre.

90 per cent of the farmers in the state avail loans. If the crops get destroyed, there will be no means left to repay the debt.

2,65,547 farmers suffered from crop loss last year as the state received continuous rainfall for almost 11 months due to low pressures and cyclonic formations. Agriculture in 1,12,674 hectares was ruined and crops worth Rs 180 crores perished. The data till December reveal that the government dispensed Rs 4.89 crore as compensation.

Lakhs of farmers who fell into debt traps after taking loans from the cooperative banks in the state have approached the Kerala State Farmers’ Debt Relief Commission. 85,000 applications to the commission are pending to be heard due to the Covid restrictions. The commission has informed that these applications will be considered from November. Many more farmers who took loans from other banks and financial institutions are also in distress here.

The total farmers’ loans in Kerala accounted for Rs 81,481 crore till June 2019. These loans were dispensed to 74 lakhs of accounts altogether. It includes gold loans, Kisan Credit Cards and small loans distributed by the cooperative societies.

A reply given in the question hour at the assembly indicated that 25 farmers killed themselves from 2016 to 2021 in Kerala. But the data revealed by the union government show that 104 farmers committed suicide in the state between 2018 and 2020.

The state government is attempting to make the insurance farmers’ friendly, said the Minister of Agriculture P Prasad.

13,604 farmers in the state are covered under Pradhan Mantri Fasal Bima Yojana, 51,658 under Weather Based Insurance scheme and 29 lakhs have been registered for Pradhan Mantri Kisan Samman Yojana. 2.04 farmers are registered here under the state crop insurance scheme and 19 lakhs have membership in the farmers’ register of Krishi Bhavan. However, 12 lakh farmers in the state are still left out of the insurance benefits.

These farmers of Puralimala valley gave up farming...