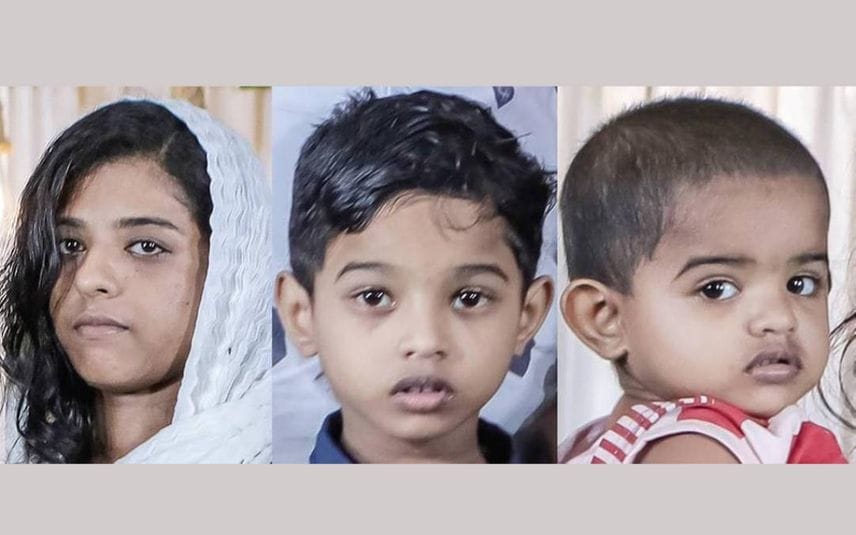 Alappuzha: It has come to light that the policeman's wife, who committed suicide in Alappuzha, faced severe mental and physical torture at the hands of her husband. Najala (27), wife of Reneez, and her two kids were found dead at the police quarters on Tuesday.

According to Najala's sister Nafala, Reneez tortured his wife after she questioned his relationship with a woman. She added that Najala had often asked her husband about the messages he receives on phone from this woman. This often led to a quarrel between the couple. Nafala also alleged that Reneez barred Najala from talking with her relatives. She alleged that Rameez was the reason for the death of her sister and kids.

Earlier, a neighbour also claimed that the couple often quarrelled over phone calls received by Reneez.

The incident came to light when Reneez returned from duty at the police aid post in Government T D Medical College, Vandanam. Najala was found hanging, while the two kids, five-year-old-son Tipu Sulthan and one-and-half-year-old daughter Malala, were found lying on the floor.

The preliminary assumption is that Najala took the lives of children before hanging herself. Police revealed that the boy was killed by strangulation, while the daughter was killed by immersing her face in a bucket of water. Reneez was taken into custody following a complaint that he had often mentally tortured his wife.