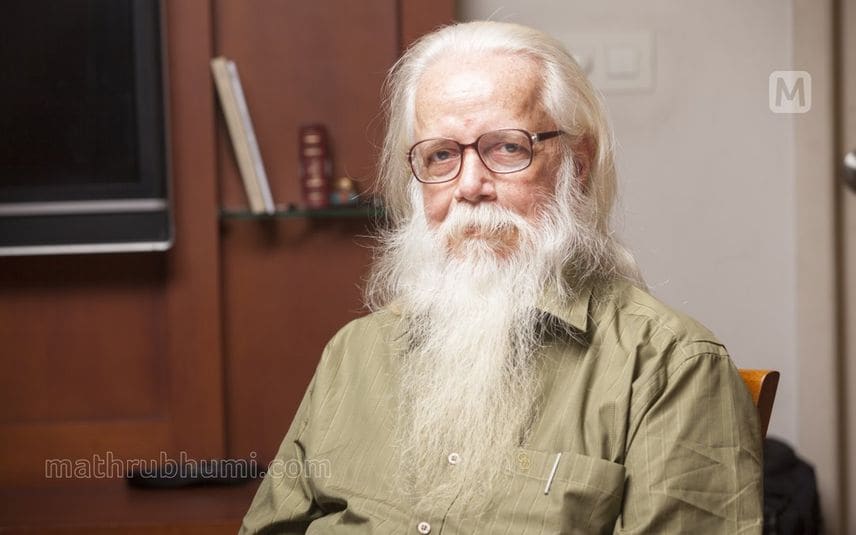 Kochi: The CBI on Wednesday opposed in the Kerala High Court the bail pleas by two former Kerala Police officers, who were involved in the arrest of former ISRO scientist Nambi Narayanan in a 1994 espionage case, saying they falsely implicated him in a "concocted case" which led to delay in development of India's cryogenic technology.

CBI has said that the offences against the two accused were serious in nature as they both "played an active role and concocted an espionage case in pursuance of the conspiracy with the other accused in the FIR (registered by CBI) and other unknown persons".

"The nature and gravity of the offences, alleged against the petitioners (S Vijayan and Thampi S Durga Dutt) also had a big impact on the technological development of cryogenic technology, which was delayed due to false implication of Nambi Narayanan and news related to it," it has said.

It has further said that "since it is related to national interest and crime against a scientist has been committed, society at large has an interest in this case."

CBI's submissions were made in its statement, filed through Assistant Solicitor General P Vijayakumar, opposing the anticipatory bail plea jointly moved by retired Kerala Police officers S Vijayan and Thampi S Durga Dutt who were part of the Special Investigation Team (SIT) which arrested the scientist.

Their anticipatory bail plea is likely to be heard on Thursday by the High Court.

Meanwhile, a single judge bench of Justice K Haripal on Wednesday extended the interim protection from arrest granted on June 23 to P S Jayaprakash, a retired IB officer, who is also an accused in the case registered by CBI.

Besides Vijayan and Dutt, 16 others, including Intelligence Bureau (IB) officers are named as accused in the case registered by the agency for various offences, including criminal conspiracy, kidnapping and fabrication of evidence, under the Indian Penal Code, in connection with arrest and detention of Narayanan.

CBI, also represented by central government counsel Suvin R Menon, has contended that the interim bail plea has been moved by the two retired Kerala Police officers to "scuttle the due process of law" and it was "premature" and "not sustainable".

"It is just being filed with the sole motive to get away from the clutches of law," the agency has said.

CBI has contended that it has reason to believe that once interim bails are granted to them, they will not cooperate with the probe and "will derail the pace of the investigation".

The agency has further claimed that many of the witnesses would be those in uniform or in government service and since the two accused "are still very influential", granting anticipatory bail to them "will induce fear in the minds of probable witnesses".

The Supreme Court had on April 15 ordered that the report of a high-level committee on the role of erring police officials in the espionage case relating to Narayanan be given to the CBI and directed the agency to conduct further investigation on the issue.

The three-member committee, headed by former apex court judge Justice (retd) D K Jain, was appointed by the top court in 2018 after acquitting Narayanan in the case.

The Supreme Court had also directed the Kerala government to pay Rs 50 lakh as compensation for compelling Narayanan to undergo "immense humiliation".

The espionage case, which had hit the headlines then, pertained to allegations of transfer of certain confidential documents on India's space programme to foreign countries by two scientists and four others, including two Maldivian women.

The CBI, in its probe back then, had held that the then top police officials in Kerala were responsible for Narayanan's illegal arrest.

The case also had a political fallout, with a section in Congress targeting the then Chief Minister late K Karunakaran over the issue, that eventually led to his resignation.