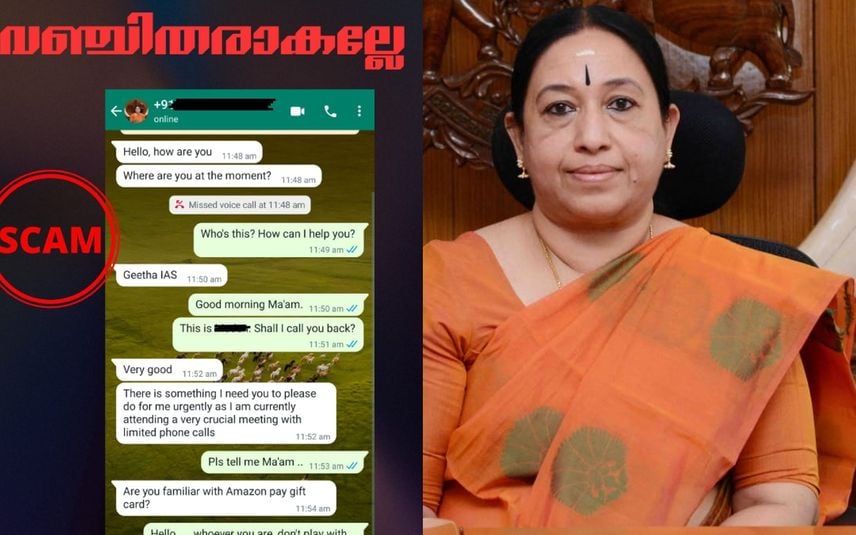 Wayanad: The district collector Geetha IAS here on Thursday reported fraudulent activity by using her photo as the display picture on WhatsApp to steal money. It is learnt that a fraudster created a fake WhatsApp account in the name of the Wayanad District Collector to loot people. Cyber Police has initiated a probe over the incident.

The collector herself revealed the scam through her Facebook page along with the screenshot of the fraudster's chat asking for money through the fake WhatsApp account.

She noted that a complaint has been filed over the matter and that no one should fall prey to such fraud. She also added that one should directly file a complaint with the cyber police if any such fraudulent activity is encountered.