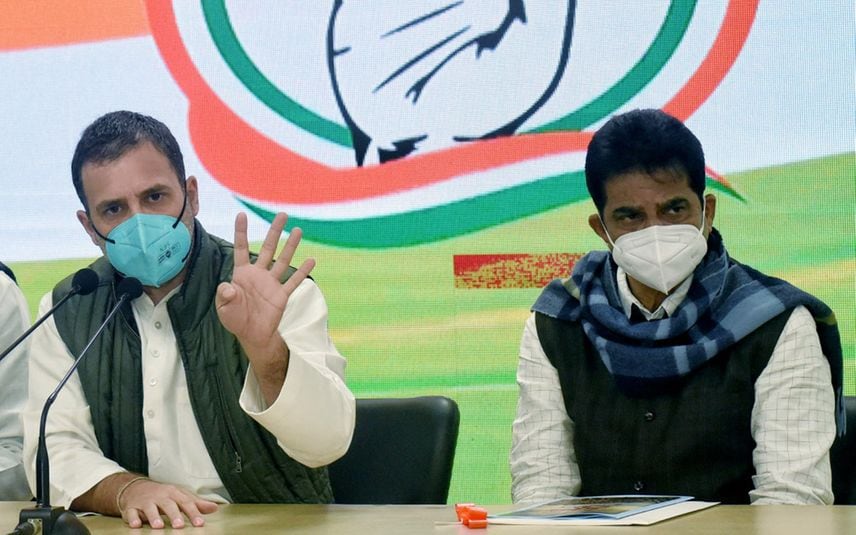 New Delhi: Congress G-23 leaders, who are members of the Congress Working Committee, are pointing fingers at AICC general secretary K C Venugopal over the recent debacle of the party in Assembly elections. G-23 leaders are alleging that Venugopal, who is in-charge of organizational activities, is a complete failure as he did not take part even in a single campaigning event.

G-23 leaders are worried over the plight of the party, while the other insiders are also disturbed. G-23 leaders were up in arms on various drawbacks and with the recent election verdict it seems that the camp will question the leadership. They are set to raise their demand for reforms in the party during the Congress Working Committee meeting to be held in the next few days to, sources said. On Friday, they met at senior Congress leader Ghulam Nabi Azad's residence in the national capital.

It is learnt that G-23 will not entertain any resolution that will be pushed by Gandhi family under the garb of reaching consensus. On one side, move to appoint Rajasthan CM Ashok Gehlot as national chief of the party is happening behind. On the other, move to appoint Congress leader Mallikarjun Kharge as Parliament party leader is also doing rounds. G-23 is against both these moves.