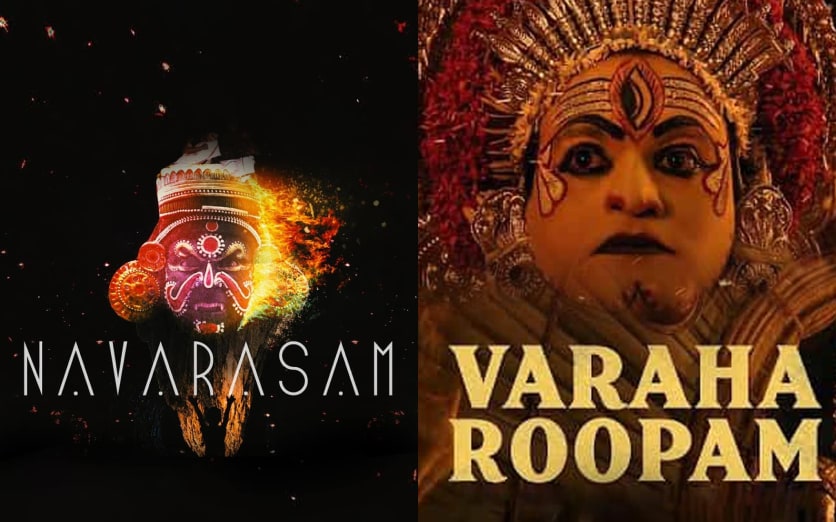 Kochi: 'Kantara' plagiarism case has made headlines again as fake news is being circulated. According to these reports, a lower court has revoked Palakkad district court's ban on the ‘Varaha Roopam’ song in the movie. But the Mathrubhumi Fact Check team confirmed that these reports are fake.

On Friday, Shashiraj Rao Kavoor who penned the song tweeted that the court dismissed music band Thaikkudam Bridge’s plea and revoked the ban on the song in the movie. Following this, many people shared the news on social media by upholding the tweet and many news media also circulated the news without confirming its authenticity. 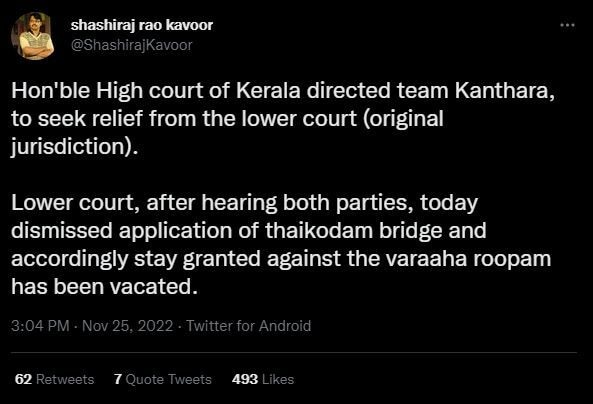 Sources confirmed that the fake news was circulated after misinterpreting Kozhikode district court's directive in the case.

On Friday, Kozhikode district judge S Krishnakumar considered a plea related to the plagiarism case.It is confirmed that the court only returned the plaint citing territorial jurisdiction. The district court judge also stated that the petition should be presented before the competent court and directed the parties to appear before Commercial Court in Ernakulam within 14 days.

It is confirmed that the court didn’t dismiss Thaikkudam Bridge’s plea over the case.

Earlier, the Palakkad district court issued an order banning the use of the ‘Varaha Roopam’ song in ‘Kantara’. The order was issued on a petition moved by Mathrubhumi. The court didn’t issue any order revoking this ban, confirmed the sources.

On November 2, the Palakkad court issued an interim order against the use of the ‘Varaha Roopam’ song in the movie as well as streaming on OTT platforms. The court will consider the plea on Saturday again.

Rajinikanth all praise for 'Kantara'; 'You inspire me to do more local stories’: Rishab Shetty