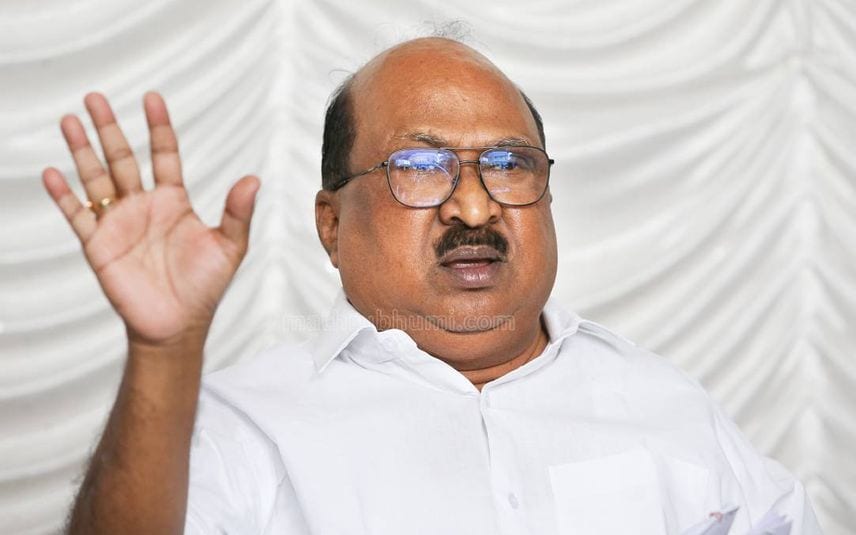 Kochi: Senior Congress leader and former union minister KV Thomas has reacted to reports on his expulsion from the party. According to Thomas, he has not received any intimation from the party regarding his expulsion. He said that Sudhakaran might have mistaken and the new precedent would be to inform a person on phone. Mocking at KPCC chief K Sudhakaran's late night announcement that he was expelled, Thomas said there are a number of persons named K V Thomas in the state and the KPCC Chief might have mistakenly said it was he who was expelled.

Stating that Congress is a way of thought, culture and emotion for him, he said how could anyone change that perspective and what the leadership could do maximum was to remove him from the primary membership.

He also mocked at Sudhakaran saying, “while reading newspaper, I got to know that KPCC president has also started to lie”.

Meanwhile, Thomas said that he has no plans to join LDF.

Sudhakaran had announced the other day that Thomas has been ousted from the party for his participation in LDF election convention at Thrikkakara. Sudhakaran had maintained that the action was taken with the permission of AICC.

Meanwhile, AICC general secretary K C Venugopal said the leadership was forced to take the extreme step as the rebel leader continued to violate party discipline even after disciplinary action was taken against him by the AICC recently.

Unlike the CPI(M), the Congress is a party where people have the freedom to express their voice of dissent but what Thomas did was to join hands with the ruling party at a time when the country and his own party were passing through a critical period.