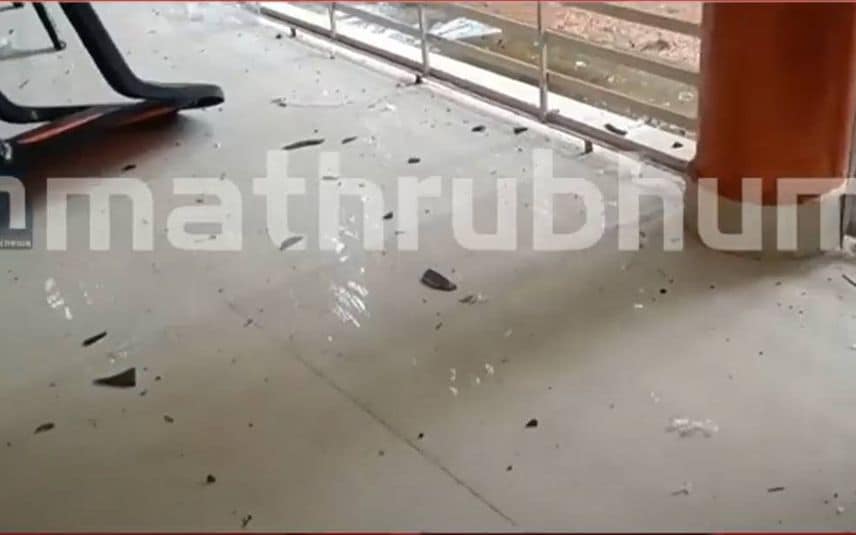 The window glasses destroyed by the explosion | Photo: Screengrab of Mathrubhumi News

Kannur: An explosive was hurled at the RSS office near Mukund Hospital in Payyanur here in the wee hours of Tuesday. BJP-RSS leadership accused CPM for the ‘bomb attack’.

No casualties were reported as the explosion happened when there was no one on the premises. However, window glasses of the office were destroyed.

According to police, the gang who came in two motorcycles were behind the attack. The officials are planning to nab the accused by retrieving and examining the CCTV visuals from the region.

Sources said that the office was attacked on the day after the death anniversary of Dhanaraj, CPM-DYFI leader in the locality who was murdered. Reportedly, over his murder too, the RSS office was set on fire then.

‘Age over’: Rebellion in KSU against Oommen Chandy’s representative for ...