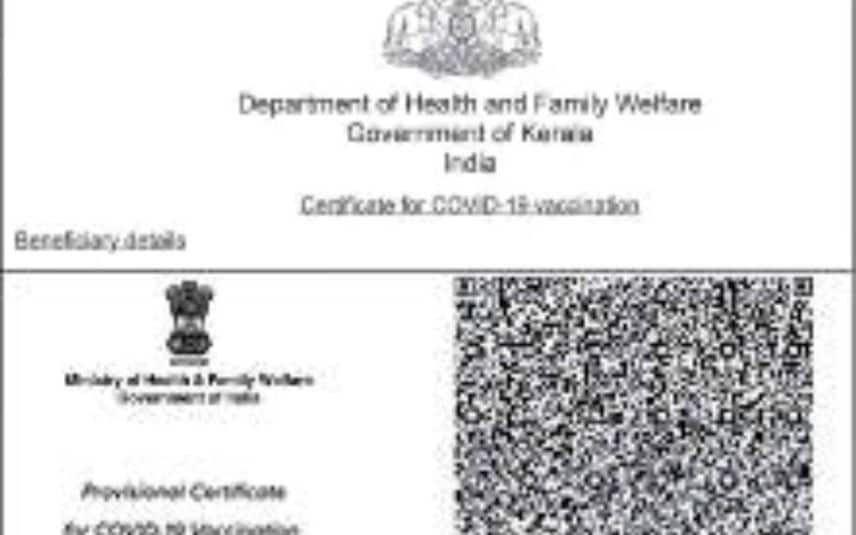 Kannur: The expats are in trouble as some of Covid vaccine certificates are issued without the national emblem, the Lion Capital of Ashoka. This is because the certificate issued by the Kerala government with the elephant logo is not accepted in many countries. The problem is faced by those who took the first dose through the CoWIN portal and the second dose via the health workers of the state government.

The people could travel abroad only if they get the vaccination certificate from the Indian government which carries the national emblem. However, in some countries, Kerala's QR Coded certificate is also accepted. The health officials said that those who were vaccinated in June cannot be given certificates. This technical glitch can only be fixed if there is a recommendation from the government.

The Department of Health says there is a big confusion on this issue. Many of these expats do not know which certificate is required to go abroad. Some claim that they require a signature and seal on the certificate. The signature of District Medical Officer is not required on the certificate obtained from the CoWIN Portal. So is the case with the state government’s digital certificate.