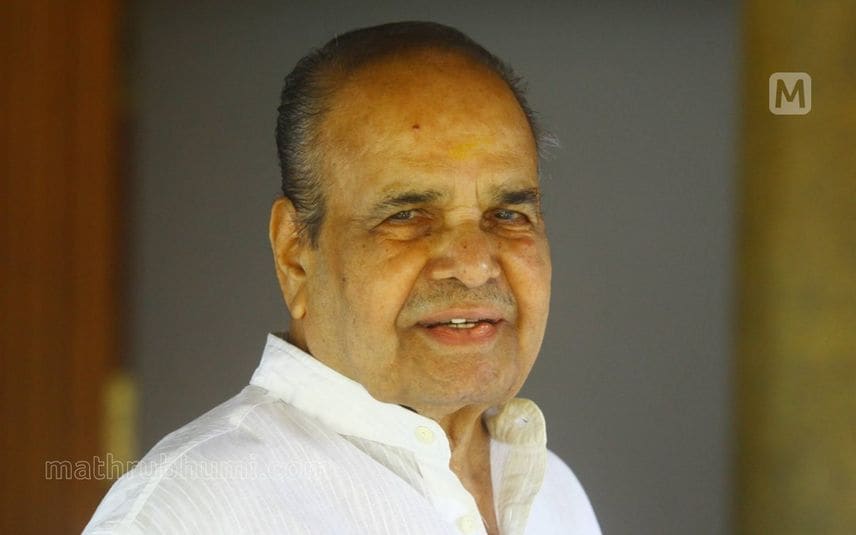 Palakkad: Senior Congress leader K Sankaranarayanan, who served as governor of various states during his decades-long career, passed away at his residence here on Sunday. He was 89.

He was under treatment for various ailments for the past one-and-a half year. Sankaranarayanan had served as governor of Maharashtra, Nagaland and Jharkhand. He had also held additional charges of Arunachal Pradesh, Assam and Goa as Governor.

The senior Congress leader was a four-time legislator and had held finance, excise and agriculture portfolios in various governments in Kerala.

His body will be kept at his residence and the Congress party office for the public to pay homage and cremation is likely to be held at 5.30 pm on Monday.

"My heartfelt condolences on the sad demise of Shri K Sankaranarayanan, former Governor of Maharashtra, Jharkhand & Nagaland... Sankaranarayanan's career as leader, minister & Governor was marked by rich administrative experience and firm social commitment. His demise is a loss to Kerala & the nation. May his soul attain Mukti," Khan tweeted.

In his condolences message, Vijayan said Sankaranarayanan upheld the Nehruvian perspective of the Congress party.

"He upheld the Nehruvian perspective, including secularism while addressing public issues without the accompaniment of hatred or any other sectarian considerations. He held the position of UDF convenor for a long time and always took a positive outlook towards the issues faced by the people and the developmental aspects of the state," Vijayan said.

Kerala Assembly Speaker M B Rajesh condoled the demise of Sankaranarayanan and said the state has lost a senior and popular political leader.

He said the issues faced by the United Democratic Front (UDF) were easily resolved by him using his experience and personal relation with all leaders. LDF convenor E P Jayarajan said Sankaranarayanan was a gentle presence in Kerala politics.

Sankaranarayan's wife, Radha passed away earlier. He is survived by his daughter, Anupama. PTI

I doubt if I had a better friend than Veerendra Kumar: Sankaranarayanan