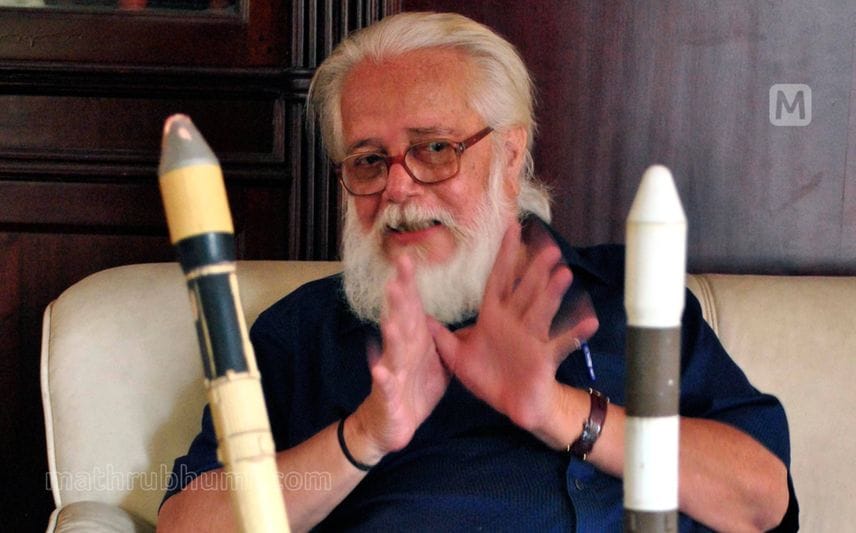 Thiruvananthapuram: A group of former ISRO scientists on Wednesday alleged that the claims made by ex-ISRO scientist Nambi Narayanan in the movie 'Rocketry: The Nambi Effect' and through some television channels, were false and amounts to defaming the space agency.

Directed, produced and written by actor R Madhavan, the biographical drama is based on the life of aerospace engineer Nambi Narayanan. Madhavan also plays the lead role in the movie.

"We are forced to tell the public certain matters as Nambi Narayanan has been defaming ISRO and other scientists through the movie Rocketry: The Nambi Effect, and also through television channels. His claims that he is the father of many projects is false. He even claimed in the movie that he once corrected A P J Abdul Kalam, who went on to become the Indian President. That is also false," the former scientists said.

They also said that they have asked the current chairman of ISRO S Somanath to take a decision on the false claims made in the movie.

The scientists said that Narayanan's claim in the movie that his arrest had led to a delay in India acquiring cryogenic technology was wrong.

They said ISRO began to develop cryogenic technology in the 1980s and E V S Namboothiri was in-charge. "Narayanan was not having any connection with the project," they claimed.

The group of former scientists also claimed that at least 90 per cent of matters mentioned in the movie in connection with ISRO are false.

"We also came to know that Narayanan has claimed in some television channels that all that was said in the movie was true. Some scientists have even raised concern that Narayanan was taking credit for many of their achievements," they said.

There was no immediate reaction from Narayanan or the producers of the movie with regard to the former scientists' allegations.

In 2018, the Supreme Court had ordered a probe into the role of the Kerala police in the ISRO espionage case, in which 76-year-old Narayanan was an accused.

Narayanan who was arrested in the case had to spend close to two months in jail and later it was found by the CBI that the espionage case was a false one.

The espionage case, which hit the state in 1994, was related to allegations of transfer of certain space programmes to foreign countries by two scientists and four others, including through two Maldivian women.

The case was first investigated by the state police and later handed over to the CBI, which found no espionage as was alleged to have taken place.

The scam also had its political fallout with a section in the Congress targeting then Chief Minister late K Karunakaran over the issue, which eventually led to his resignation. The Left had also used the incident to target the then Congress government.

Finally, SC to take up Lavalin pleas on September 13