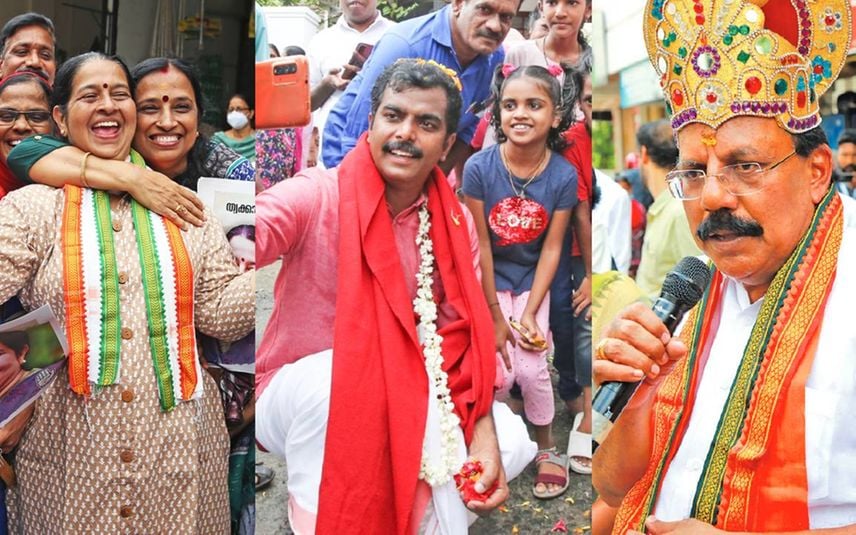 Kochi: As Uma Thomas registered a thumping victory in Thrikkakara with the best-ever majority of the constituency, the numbers of votes in the last two elections quite tell us how things went for the parties.

CPM, despite suffering a humiliating loss, managed to bag 2,242 more votes this time. However, compared to the high-decibel campaign it rolled out, it is not something that the party can rely on to console themselves. Another factor to consider here is that it could not repeat its best performance of 49,455 votes bagged by Adv Sebastian Paul in 2016 against PT Thomas. While Paul and Jo Jospeh contested in party symbol, the 2021 candidate Dr Jacob was an independent. This is relevant as it is widely believed that traditional UDF voters will never vote for the Hammer, Sickle and Star. CPM is known for experimenting with independents in UDF strongholds. Yet, they decided to go with a party symbol this time.

BJP suffered a loss of 2,528 votes in the bypoll compared to 2021. The state leader AN Radhakrishnan could not attract the same number of votes its district leader got last time. Even the PC George show did not show any result.

The Twenty20 'surge' in 2021 was followed by the party's big win in the local body polls. It is highly unlikely that the party would repeat the same performance in 2022 if they had contested. After all, it doesn't have a cadre system like CPM or BJP. But, even if Twenty20 could garner the same number of votes as last year, and considering that all those votes are gone from UDF's kitty, Uma would have got 58,870 votes. It still gives Congress an upper hand of 11,118 votes.