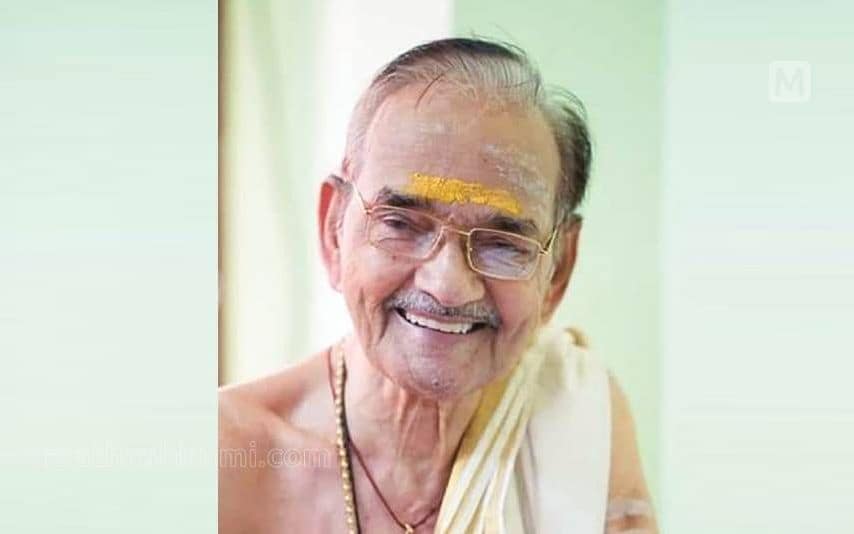 Guruvayur: Acclaimed writer and journalist Chowalloor Krishnankutty passed away (86). He took his last breath on Sunday at around 10.45 pm at Amala hospital in Thrissur.

Chowalloor Krishnankutty was renowned in the roles of devotional songwriter, screenwriter, and critic. He had penned screenplays for the Malayalam movies, including ‘Sreeragam’, ‘Prabhatasandhya’, and ‘Chaithanyam’. The dialogues of the movie ‘Sargam’ was written by Chowalloor.

He had won the Kerala state award for Best Song in drama and also the Kerala Sahitya Akademi award for Humour. Chowalloor is survived by his wife Thrissilassery Variyath Saraswathi and children Usha and Unnikrishnan. The funeral rituals will be held at his residential premises on Monday evening.