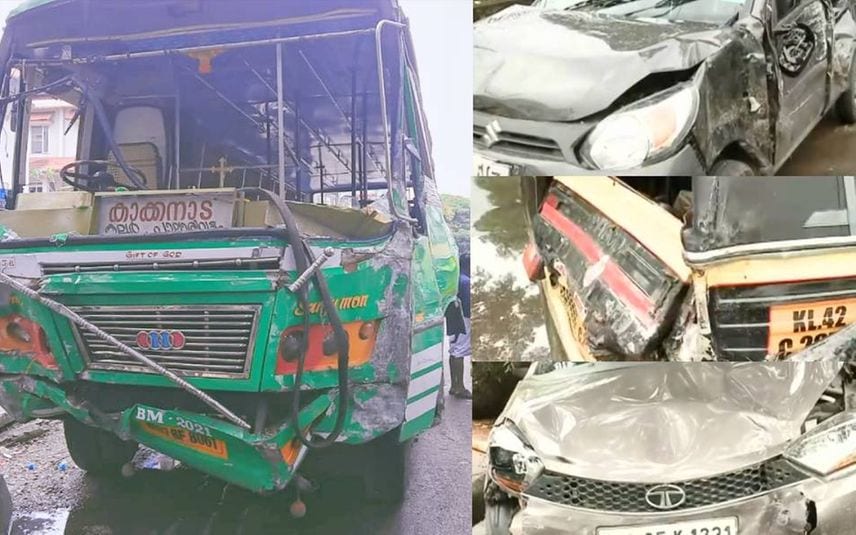 Kochi: 13 vehicles have been damaged and several have been injured after a private bus lost its control and rammed into the vehicles here. The accident took place on Monday morning near Kochi Fine Arts College. The bus from Fort Kochi, on its way to Kakkanad lost its control and collided with vehicles. At first, the bus hit an auto-rickshaw, which turned upside down due to the collision. Incidentally, the bus rammed into several other vehicles one after another.

In the accident, 13 vehicles that were moving ahead and behind the bus were damaged. Several people who were in these vehicles were injured. However, it is learnt that no one is critically injured.

Reportedly, the brake pedal of the bus is in a broken condition. According to the onlookers, the bus was at high speed and people had a narrow escape as they managed to evade the path in which the vehicle approached, which in turn avoided a grave tragedy.