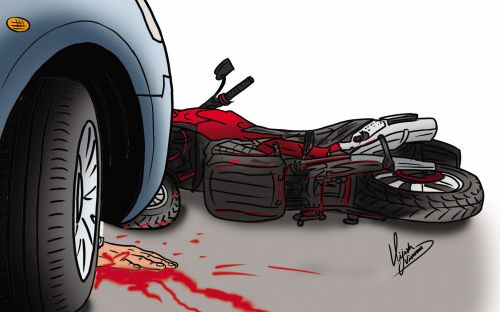 Kochi: Two people were killed after three bikes collided with each other in the city here. Four others were injured and they have been hospitalised. One of them is in critical condition.

Aneesh was travelling on a bike along with two friends. This bike happened to collide with the other two bikes. The police arrived at the place and completed further procedures.