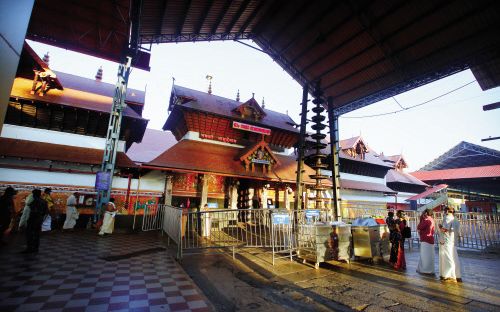 Kochi: The Kerala High Court has directed the Guruvayur Devaswom Managing Committee and the Guruvayur Municipality to take necessary steps to ensure no inconvenience is caused to those wishing to get married or get their weddings registered at the Guruvayur Sree Krishna Temple on August 21, Janmashtami Day.

The direction by a bench of Justices Anil K Narendran and P G Ajithkumar came on a plea initiated by the court on its own based on a news report in a Malayalam daily that the Guruvayur Devaswom stopped the booking of marriages on August 21 at the Guruvayur Sree Krishna Temple after bookings for that day reached 200 in numbers.

Thereafter, it decided to have two additional 'kalyana mandapams' in the 'Nadapandhal', in addition to the existing three, for conducting marriages on August 21, the committee told the court.

Based on that decision, from August 8 onwards, online bookings for conducting marriages on August 21 are being accepted, it said.

The Guruvayur Municipality told the court that for registration of marriages, sufficient officers were being deployed on working days and also on holidays, from 8 AM to 6 PM.

Considering the number of bookings for conducting the marriages on August 21, it would be deploying additional staff on that day, if found necessary, for registration of marriages, the local body said.

Recording the submissions of the committee and the municipality, the court directed them to "take necessary steps to ensure that no inconvenience is caused to those who have booked marriages on August 21 at Guruvayur Sree Krishna Temple, either in conduct of the marriage or in its registration" and disposed of the petition initiated by it.