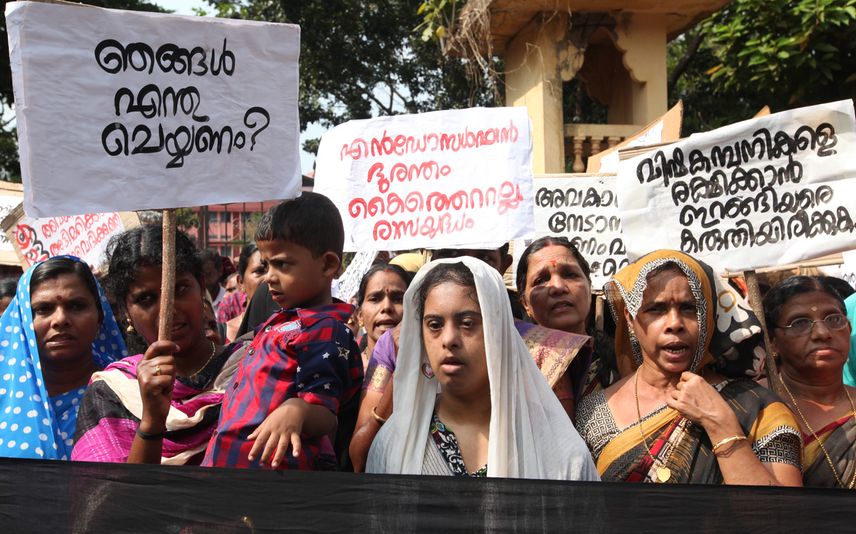 New Delhi: Kerala Chief Secretary VP Joy informed the Supreme Court that 47 victims of the Endosulfan tragedy were denied compensation in Kasaragod. However, 22 victims among them could not be found. The applications of the remaining 25 are under scrutiny at the collectorate and village office, added the Chief Secretary.

VP Joy had submitted an affidavit to Supreme Court in the backdrop of the plea regarding contempt of court filed by the victims collectively. Chief Secretary elucidated that Rs 5 lakh each was dispensed among the 3667 applicants for compensation out of the total 3714 applications. For this, the government had spent Rs 183.35 crore. He assured the court that measures to distribute compensation for the 25 identified victims will be carried out soon.

Chief Secretary submitted details of the medical facilities provided for the survivors of the Endosulfan tragedy.

The Supreme Court had issued notice to Chief Secretary following the court receiving petition from victims who stated that the court ordered Rs 5 lakh compensation is not being distributed among them properly. A bench chaired by justice DY Chandrachud had sent the notice.

The Supreme Court had ordered to dispense a compensation of Rs 5 lakh each within three months to the victims on January 10, 2017. Following the petition filed by victims in 2019, the court again advised the state government in July 2019 to give away the compensation within two months. Recently, citing contempt of court, eight sufferers of the Endosulfan tragedy have approached the Supreme Court complaining they had not received compensation yet.

From deputy collector to asst prof, Kerala reserves 4% of 654 posts for ...