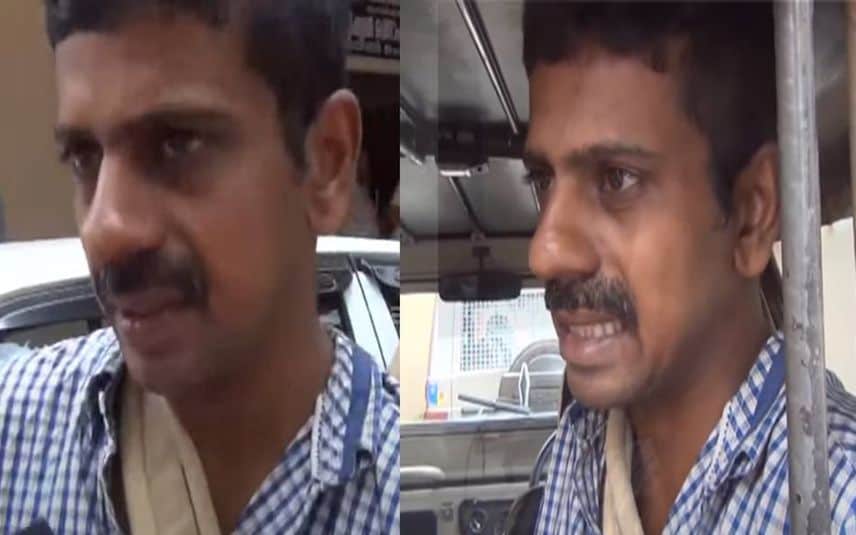 Thiruvananthapuram: The Central Bureau of Investigation (CBI) officials here on Tuesday arrested Aji Bright, who was the accused in an ivory case. The accused had made headlines earlier as a victim of custodial torture in Coimbatore.

The Chennai unit of CBI nabbed Aji from Petta in Thiruvananthapuram as part of the probe into an ivory case registered in Coimbatore in 2016. However, Aji’s brother responded that they have not received any notice from the Tamil Nadu forest department or CBI. He added that Aji’s life is in danger.

A team of CBI officials dramatically arrested Aji when he was distributing milk on Tuesday morning. The officers blocked his vehicle and took him in custody. Later, they called Aji’s brother and informed the arrest. It is not confirmed whether the team left Coimbatore with him or they are still in Thiruvananthapuram.

Aji Bright was accused in the controversial Idamalayar ivory case. Following his arrest in the case, Aji had revealed that he had undergone severe custodial violence and lodged a complaint against the senior forest officials and couple R Kamalahar and T Uma.

The Crime Branch later initiated a probe against the forest officials based on Aji’s allegations of custodial violence. CBI arrested Aji when the investigation over his complaint reached its final stage. His family alleged that Aji was arrested as part of the conspiracy to topple the ongoing probe over the custodial torture case.