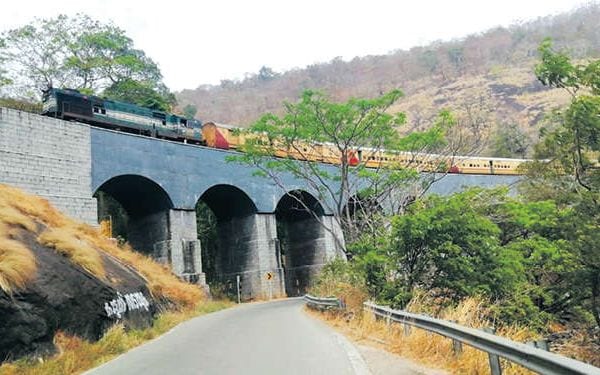 Thenmala: The soil test, one of the significant preparatory procedures for electrification of Punalur-Sengottai railway line, is expected to begin from March 2.

Soil test has been done for building foundation on which cables will be set up.

In the earlier examination conducted, it was decided that the tunnels will not be modified. However, more tests will be conducted before going ahead with the electrification works.

A team of experts headed by Madurai railway division manager, conducted security checks on the railway line. The team arrived by a special train with engine and two bogies from Sengottai on Friday. They examined Aryankavu and Thenmala railway stations.

Kottavasal-Thenmala stretch, Aryankavu, Thenmala and Edamann stations come under Ghat sections (railway line climbing up a hill or escarpment) of Indian Railway. This railway line which has tunnels limits the speed of train to 30-40 kilometre per hour. The commuters are expecting better amenities and rescheduling of train services in the line.