Electrical and hardware shop gutted in fire in Vembayam 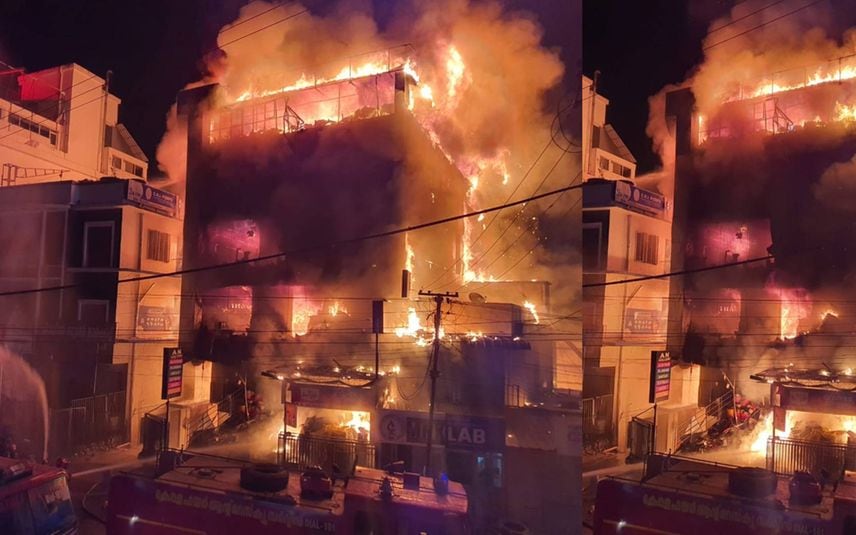 Thiruvananthapuram: A massive fire broke out at Vembayam here on Saturday evening. The fire broke out at the AN Hardware and Plumbing Sanitary Electricals store in Vembayam. According to reports, the five-storey building was completely gutted. According to initial reports, a spark from the welding machine could have spread to the thinner. There was nobody present in the building.

The Fire Force and the locals prevented the fire from spreading to nearby buildings. About five Fire Force have reached the spot to put out the fire.

It's been less than a year since the store was opened. The fire spread due to the presence of paint products inside the building. It is learned that items worth crores of rupees were damaged in the fire.