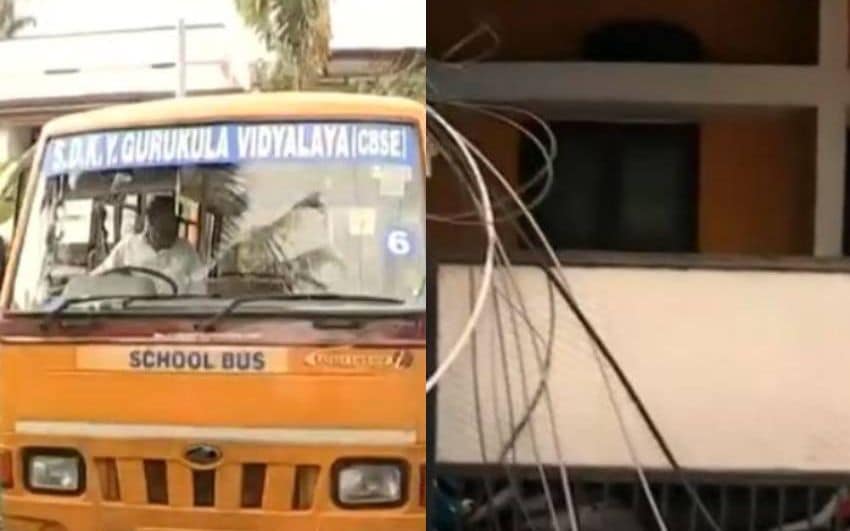 School bus after the accident

Marad: An electric post collapsed and fell on a school bus near Thuruthissery temple in Ernakulam. A huge tragedy was avoided as there was no electricity during the accident. Including kids and a caretaker, there were eight people on the bus.

The shocking incident happened by around 7.45 am on Monday. The electric post, which was in a dire state, fell on the bus roof of SDKY Gurukula Vidyalaya. Locals informed that they had raised complaints to repair the post several times, but no measures were followed.

It was the natives who rushed to the spot, rescued the children and took them safely to the nearby houses. No one has been injured in the accident.

An initial probe revealed that the hanging cables of the post got stuck in the bus which led to the fall of the post.