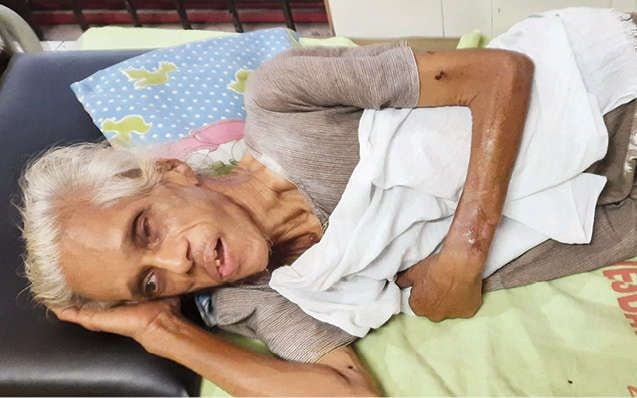 Nalini who is hospitalised

Thrippunithura: Police have booked a woman residing at Punthalathazham, Kollam in an attempt to murder case of her ailing mother-in-law. Nalini, a 67-year-old woman from Thrissur’s Pattikkad, was thrashed by her daughter-in-law and she lost vision in one eye.

The incident came to light when the woman was hospitalised for treatment after the intervention of her brother.

Nalini is a widow and was staying with her lone son in Kollam for the past one year. According to Nalini, she faced brutal attack even as her son warned his wife not to unleash attack on his mother. On knowing about the matter, Nalini’s brother from Ernakulam brought her to his house.

Nalini was admitted to the Taluk Hospital, Thrippunithura and the hospital authorities said she lost vision on her left eye. The woman also complained of injuries to her right eye.