The locals found the father and son in the shop verandas in the area in March last year. 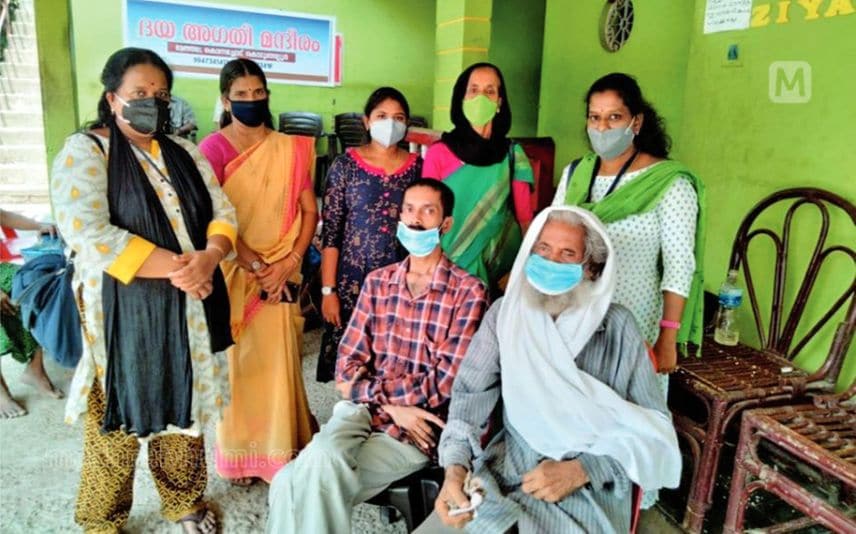 Muhammed and Unais with panchayat authorities

Perinjanam (Thrissur): An elderly man and his mentally challenged son who were living on the streets have been rehabilitated safely in a shelter home. Muhammed and son Unais who were homeless were accommodated at Daya Shelter Home in Methala here.

The locals found the father and son in the shop verandas in the area in March last year. Though the locals tried to help them, Muhammed and son had no idea of their address. The people used to provide food for them.

Their life became more miserable during the lockdown. Following this, former president of Perinjanam panchayat shifted them to a community hall. However, when community hall was used as polling booth in local body polls, they were shifted to a rented house.