The memories of the poverty they suffered in the past led the couple to the good deed. As offering mere money may not be useful, they decided to build the houses and then hand over them to the needy. 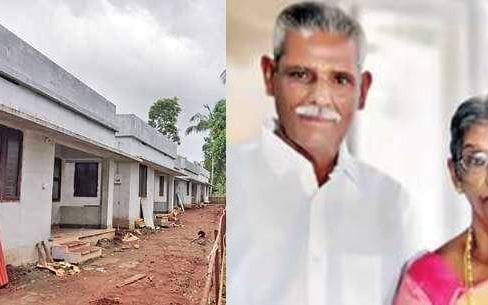 Thrissur: When Varghese and his wife Philomina bought 25 cents of land near the roadside and built five houses there, people thought the couple were starting real estate business. However, the octogenarian couple did not pay heed to the rumours and continued the construction. They have to complete it by August 15 this year.

Varghese is an ex-military man. He could not complete schooling due to poverty and joined the army as a driver at the age of 22. He also took part in India-Pak war in 1965 and Bangladesh war in 1971. He returned home after retirement and engaged in farming. Philomina was a craft teacher at St Thomas School in Tirur. Varghese has a wood mill and other business now. All four children of the couple are well-settled.

The memories of the poverty they suffered in the past led the couple to the good deed. As offering mere money may not be useful, they decided to build the houses and then hand it over to the needy. The 600 square feet houses are built on 3 cent land. Construction of one house costs around Rs 7 lakh. The wood taken from the mill is an additional expense.