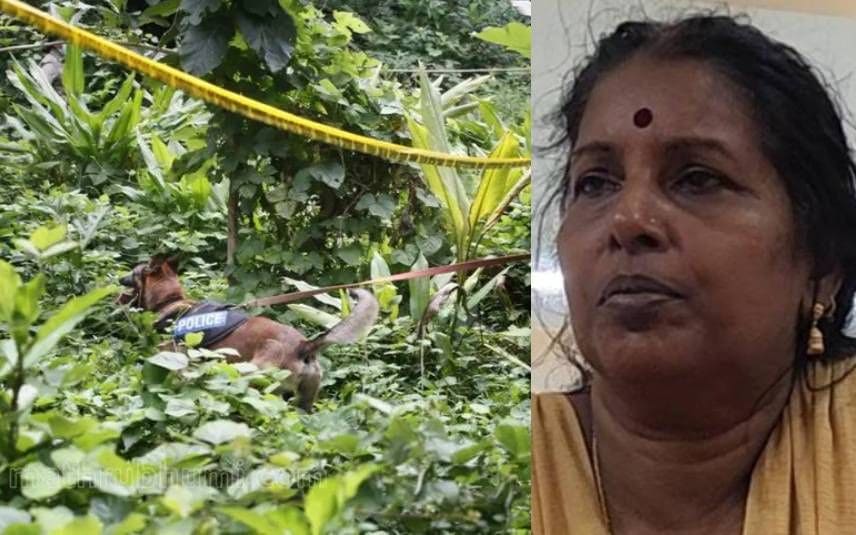 Kochi: Judicial Magistrate Court in Ernakulam has dismissed the bail plea of Laila, who is the third accused in the Kerala Human Sacrifice Case.

Laila contended that the case was fabricated by the police and that she had no direct or indirect involvement in the case.

On October 26, court sent all three accused in the case to police custody for 9 days.

Earlier on October 27, all the accused in the Kerala human sacrifice case have been sent to nine days of police custody.

The officials said that police sought ten days but were allowed for only nine days.

They sought to set aside the order of granting police custody.

They also sought permission to meet their lawyer during the time of interrogation while also seeking direction not to allow the release of the details of their confession statement through the media.

Meanwhile, Kerala High Court has dismissed the plea but granted them to meet their lawyer on every alternative day for 15 minutes, but not at the time of interrogation.

While dismissing the petition, Court observed that "the gruesome murder of two women purportedly for human sacrifice, has shocked the people of Kerala.

In the petition, they sought to set aside the order granting police custody. They also sought permission to meet their lawyer during the time of interrogation and also sought to not allow to release the details of the confession statement of the accused through the media.

Earlier on October 19, Kerala Police launched an extensive search operation to recover the anklet of one of the two deceased women, Padma in the human sacrifice case, according to the police.

The police conducted the search at the place shown by prime accused Muhammed Shafi at the Alappuzha-Changanssery canal in the Alappuzha district.

The anklets were made of silver which was allegedly thrown away by Shafi in the canal at Ramankari in the Alappuzha district. The police conducted a search following the statement given by Shafi.

The Kochi Police Commissioner had confirmed that they are interrogating the main accused, Muhammed Shafi, in the Kerala human sacrifice case where two women were brutally killed in the name of a ritual after being lured for money.

He said the process of evidence collection in Kochi is "almost completed" adding that they rely on cyber evidence which is important in this case. The police remand report of the accused mentions the shocking "human sacrifices" were suspected to have been committed as part of a ritual to obtain financial benefits.

The remains of the two deceased women--identified as Padma and Roslin-- were exhumed later from pits near the residence of Singh and Laila in the Pathanamthitta district. On September 26, Shafi approached the 52-year-old Padma, who used to sell lottery tickets in Kochi and lured her by offering Rs 15,000 for sex work, the police remand report read.

"Then she agreed and went with Shafi to the home of Bhagaval Singh and Laila in the Pathanamthitta district. There, the accused strangled her with a plastic cord around her neck to make her unconscious. After that, Shafi mutilated Padma's private parts using a knife and slit her throat. After that, they chopped her into 56 pieces and put the mutilated body parts into buckets and buried them in a pit," the report detailed. ANI