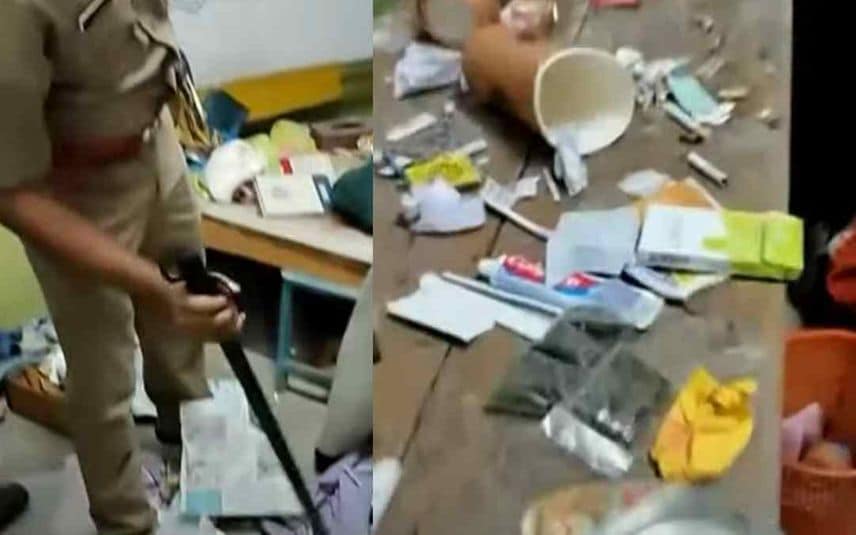 Visuals from his room / Photo: Screengrab of Mathrubhumi News

Kochi: Police have launched a manhunt after a security staffer of a Ernakulam school fled the scene during an excise raid on Saturday night. The excise officials seized ganja from his room at school and nabbed five youngsters who allegedly came to buy the drug.

Saju Biju had been working at the private school in Kothamangalam for years. He stays in the school itself. The excise received intelligence inputs that he had been involved in ganja sales. Following that, officials initiated a raid at the school. On seeing the officials, Saju fled the scene.

According to excise officials, Saju used to encourage others to buy ganja on the school compound itself. The officials have not yet confirmed whether he sold drugs to students.

Meanwhile, police is on the manhunt to nab Saju. It is learnt that the police is trying to track the person based on his mobile phone tower location.