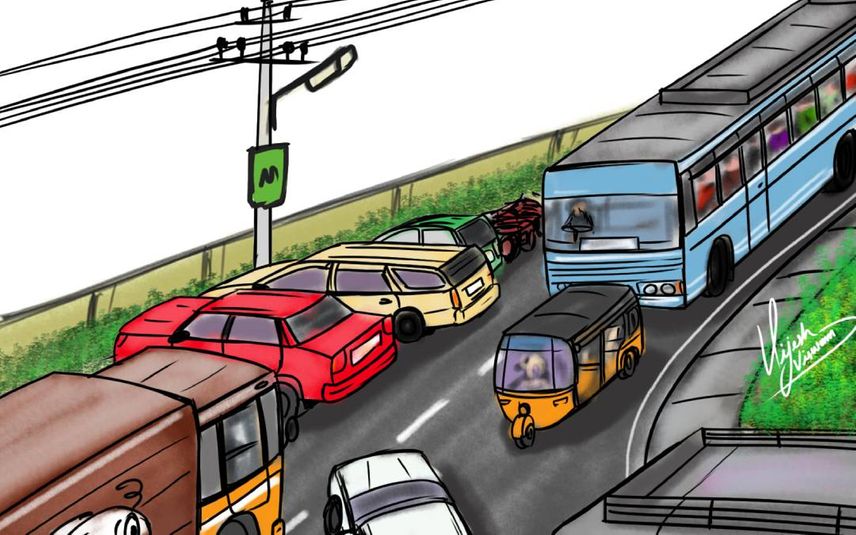 Kakkanad: The Motor Vehicle Department has slapped fine against a private bus driver in Ernakulam as the vehicle ran out of fuel on the middle of the road.

The incident happened in Kaloor region and the bus ‘Anson’ was carrying around 20 passengers.

MVD initiated action against the bus driver. Under the provisions of Rule Number 46 of Kerala Motor Vehicle Act, operating service with commuters without ensuring fuel can invite action.

Similarly, even going to fuel station to refill with commuters in the vehicle is an offence.