Eight candidates are in fray for the crucial May 31 Thrikkakara Assembly by-election in Kerala's Ernakulam district after the deadline for withdrawal of nominations ended on Monday. 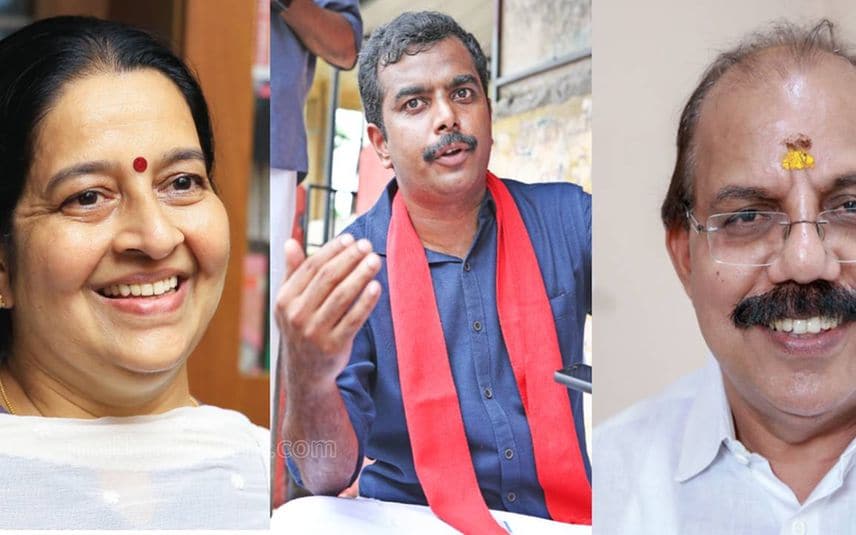 Kochi: Eight candidates are in fray for the crucial May 31 Thrikkakara Assembly by-election in Kerala's Ernakulam district after the deadline for withdrawal of nominations ended on Monday.

This by-election was necessitated after two-time sitting legislator P.T. Thomas, of the Congress, passed away in December last year.

Uma Thomas, his widow and the Congress candidate, appears first on the electronic voting machine followed by Dr Joe Joseph, an interventional cardiologist hand-picked by the CPM, while BJP veteran A.N. Radhakrishnan is third in the list.

There are five other independents, which include a near namesake of the CPM candidate - Joemon Joseph and is placed fifth in the list. For Chief Minister Pinarayi Vijayan, this by-election appears to be very crucial as he himself is not only staying put in the constituency for most of the remaining days before the polling but is also attending meetings of party office-bearers who are manning the day-to-day campaign.

Vijayan is determined to hit a century of legislators with the victory of Joseph, as in the 140 member Kerala Assembly, the ruling Left has 99 legislators, while the Congress led opposition now has 40.

Thomas won the April 2021 Assembly polls with a margin of over 15,000 votes, with an increased tally as compared to his 2016 victory.

Reckless driving with 5 on a scooter: MVD cancels licence of college student ...