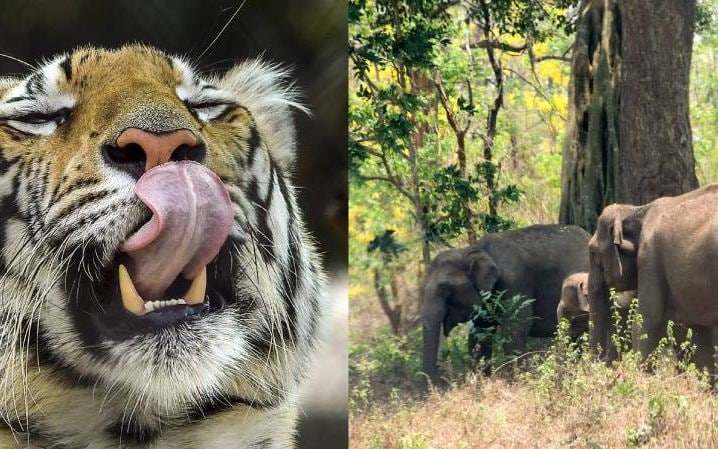 Kothamangalam: A tiger and an elephant were found dead in the Idamalayar-Pooyamkutty forest area. It is assumed that both succumbed to the injuries sustained after they fought with each other.

The carcasses of both animals were later found in Kulathupatti, a region adjoining the Edamalayar forest range and five-kilometer away from the Variyam tribal colony. The carcasses were spotted by the beat forest officers of the Variyam forest department outpost.

Tiger is about seven years old and the tuskless male elephant is around 15 years old. The bodies were about a week old, forest officials said. The battle between the tiger and the elephant takes place very rarely.

Though elephant and tiger fight very rarely, this is not the first such incident reported in Kerala. The foresters said that a similar incident was captured on a camera in the Silent Valley forest 10 years ago.

The only animal that dares to attack elephants is tiger. However, tigers do not normally attack adult elephants. But experts said that elephant calves are sometimes chased by tigers.